I have made figures, + a face (from film in pause ) 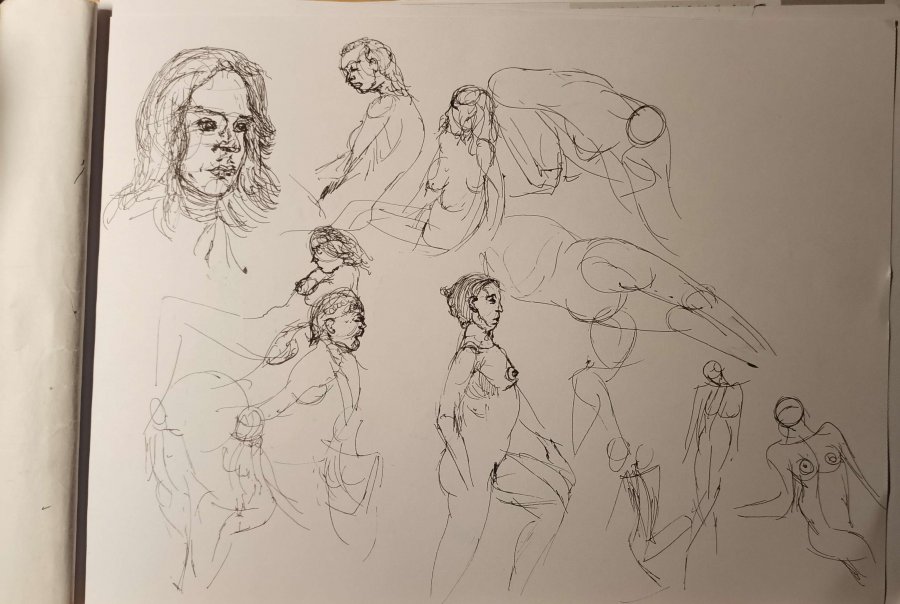 Nice drawings again, all of them. I wish I could be so disciplined to work every day on my art.
J

hi
I made figures from video 16

I made these poses and 2 copies of cartoons.
this donkey (character I loved, I forgot about winnie th po) was from a photo of a wooden figurine 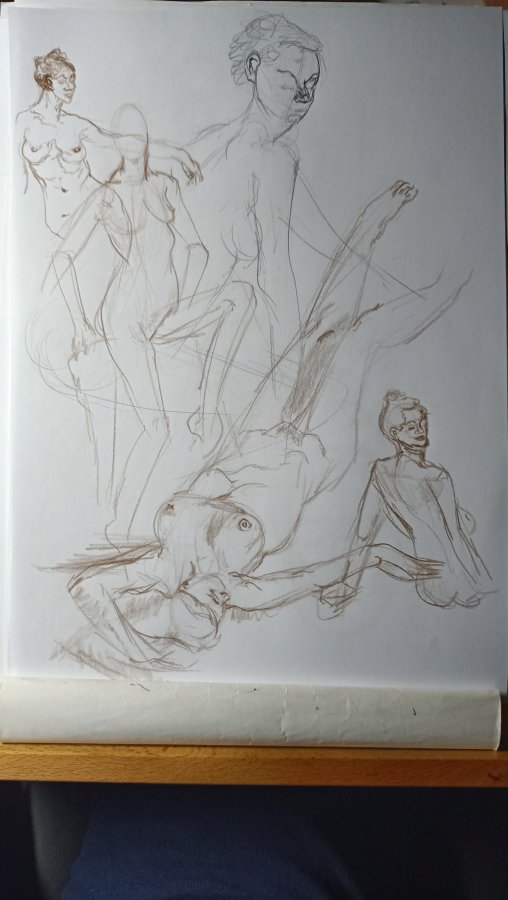 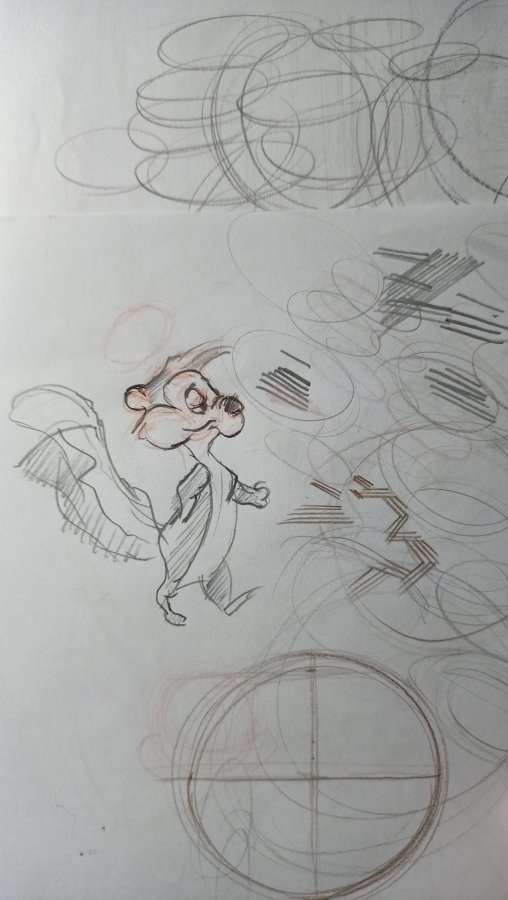 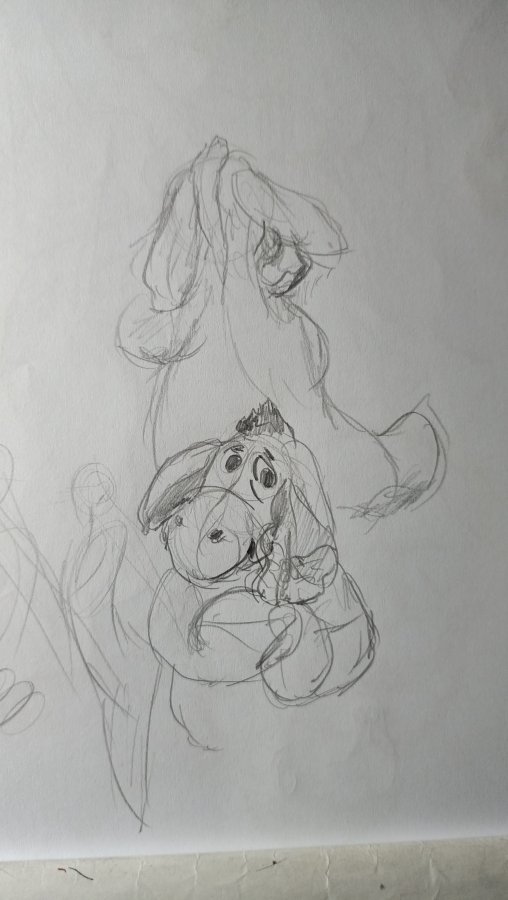 Love the drawing of Eeyore!!

Yes, lovely Eeyore. The other character, too, whose name I cannot remember, is great.
J

Snoball, Iain, I'm glad you like him, Eeyore is a fantastic character.
I don't even remember the exact name of the character, I remember it's cartoon Warner, I check, I'm also curious if the original name was the same as I heard in the translation
J

I did these poses (model looked a bit like white and white, in addition to the apple, so I used colors for this too I think) and these copies 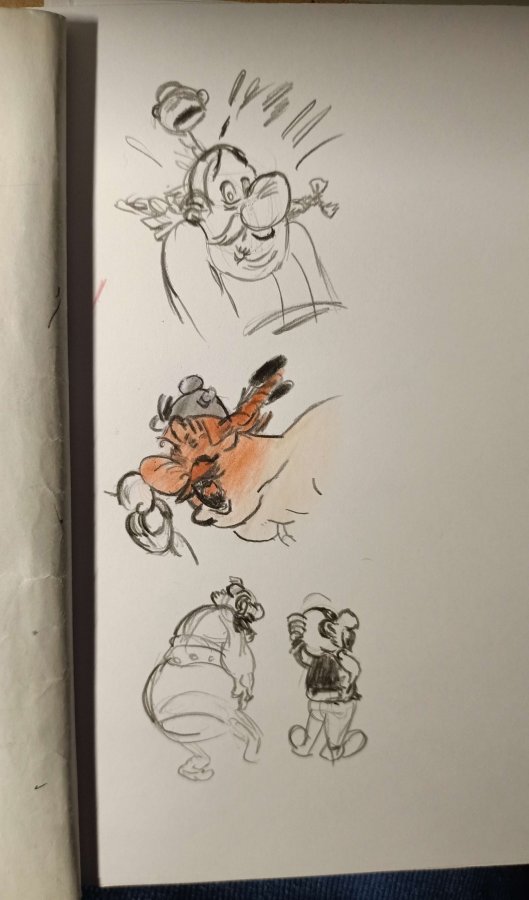 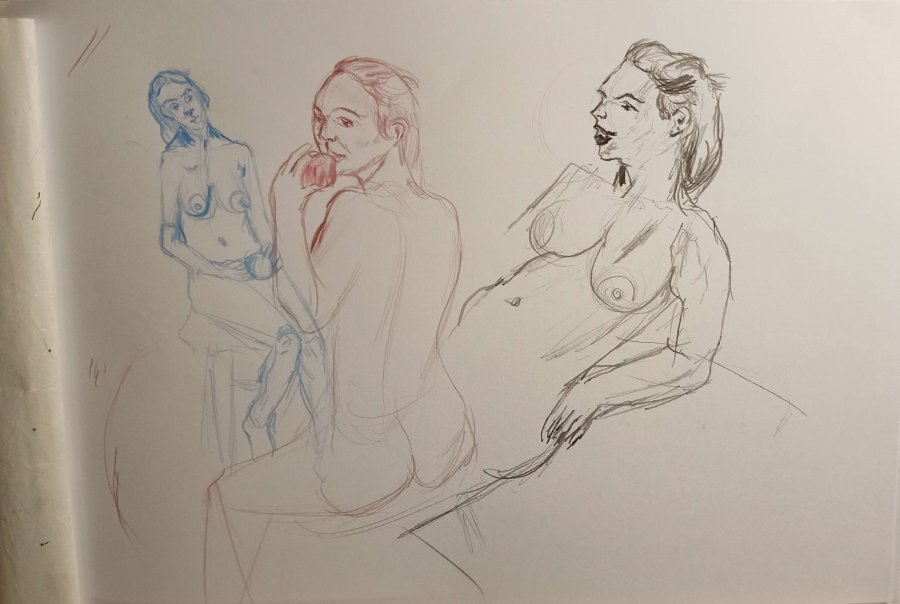 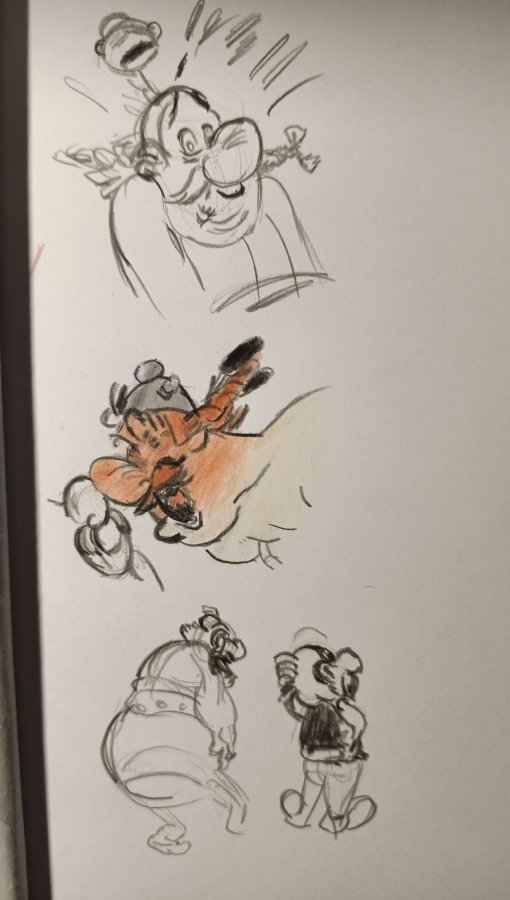 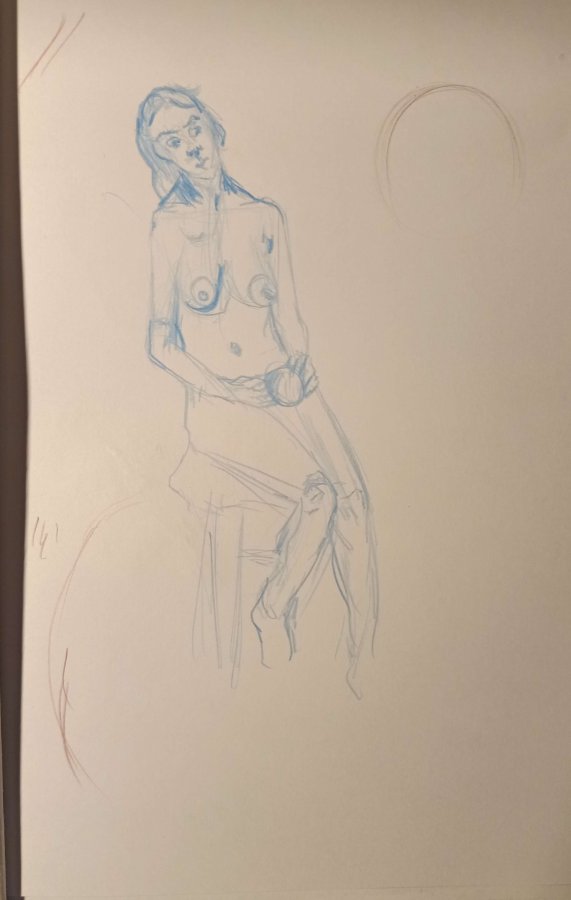 Your figures are great but the cartoons are fantastic.

Snoball, thank you very much, I'm glad you like them.

I bought some things ...
about Eeyore
I couldn't resist that nose.
I know it hangs like this ..
but Eeyore
about 5 €,
it's him in plastic, about 6 centimeters.
and if Eeyore agrees I now have a new model for draw.

I also took some origami paper,
one I had seen on wetcavans some beautiful drawings made from origami prepared on purpose.
I don't know how to make origami even though I had bought a little book once.

I'll try again with origami and if they succeed I would draw them, even if they are small objects.
I searched, I skipped a site that explains.
I will update, especially with Eeyore who I think I will soon try to draw it that I put it near the computer monitor which is also the table where I draw.
J 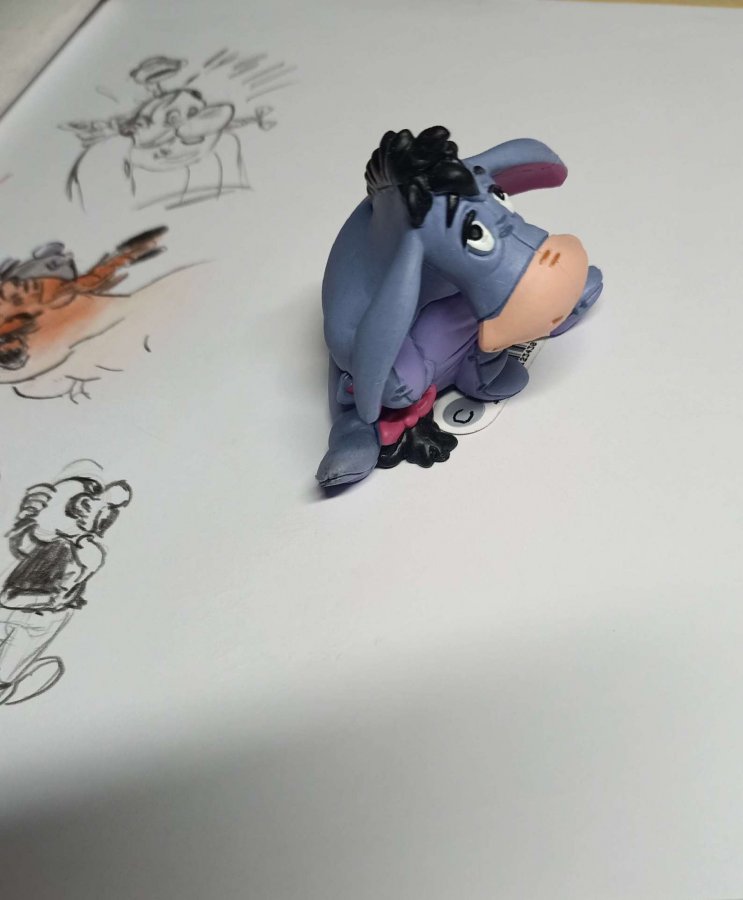 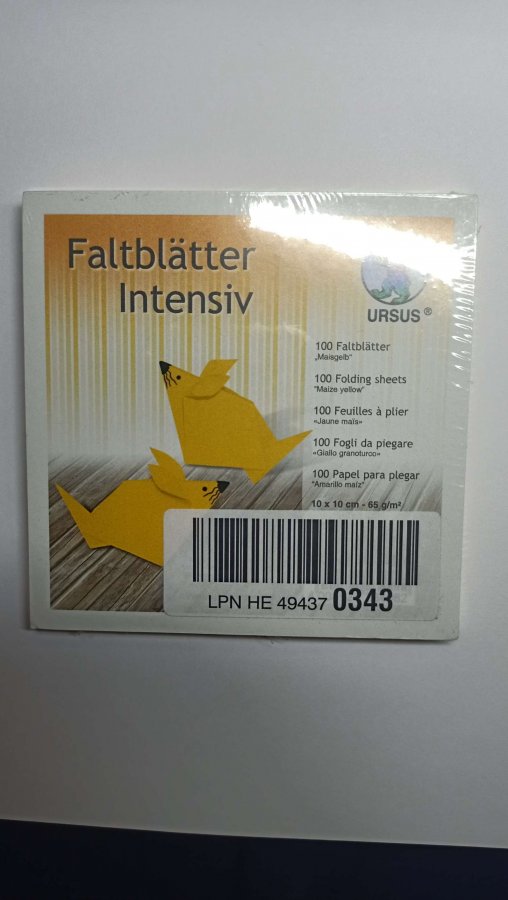 I had taken pictures of this to publish, then I had forgotten that speaking of origami I had started writing the story of my life, the last 10/15, things I loved (I did not learn origami but a bit of juggling or card magic) and I dreamed and how I did not finish studies 10/12 years ago when I rewrote myself to attend camp, a sector that inspired me even if 12 years ago I had returned to study, I wanted to do it for the health or social field (I was sure about this, about nurses or other doubts and then for choices and coincidences, although I left better than I thought in one day everything went down the drain and for a couple of years I went by inertia in all things and for another couple of years I cried)

I like that Eeyore. Good thing that you were able to bounce back from ertia, joe. That shows great character.


snoball said:
Your figures are great but the cartoons are fantastic.

Yes, they MUST be great to divert my attention from the nudes

Seriously though. They are excellent.

Iain said:
Yes, they MUST be great to divert my attention from the nudes 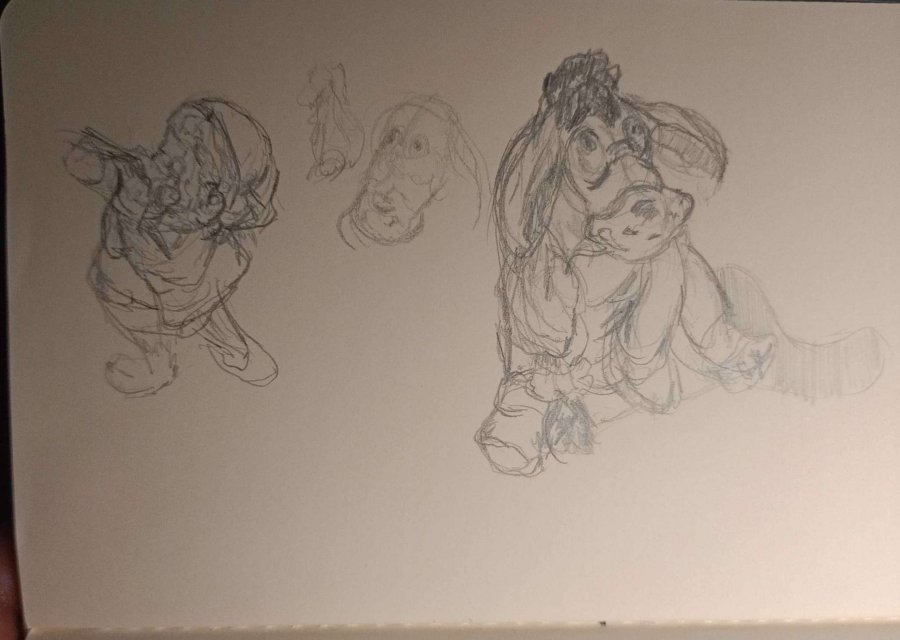 it's not that you have advice on bed bugs ... (some suitable item or product) or a way to find them.
several times I have had allergies, blisters, allergies more than bites, I have been thinking about this allergy for a pin on the wrist for a few days, for a couple of days, however, these dots seem to have appeared, red marks especially on the back, they are annoying like allergies but they seem the signs of bed bugs read now that I've seen the photos online.
or in any case it's not allergy, that was bubbles, sometimes just one but very different form.
J 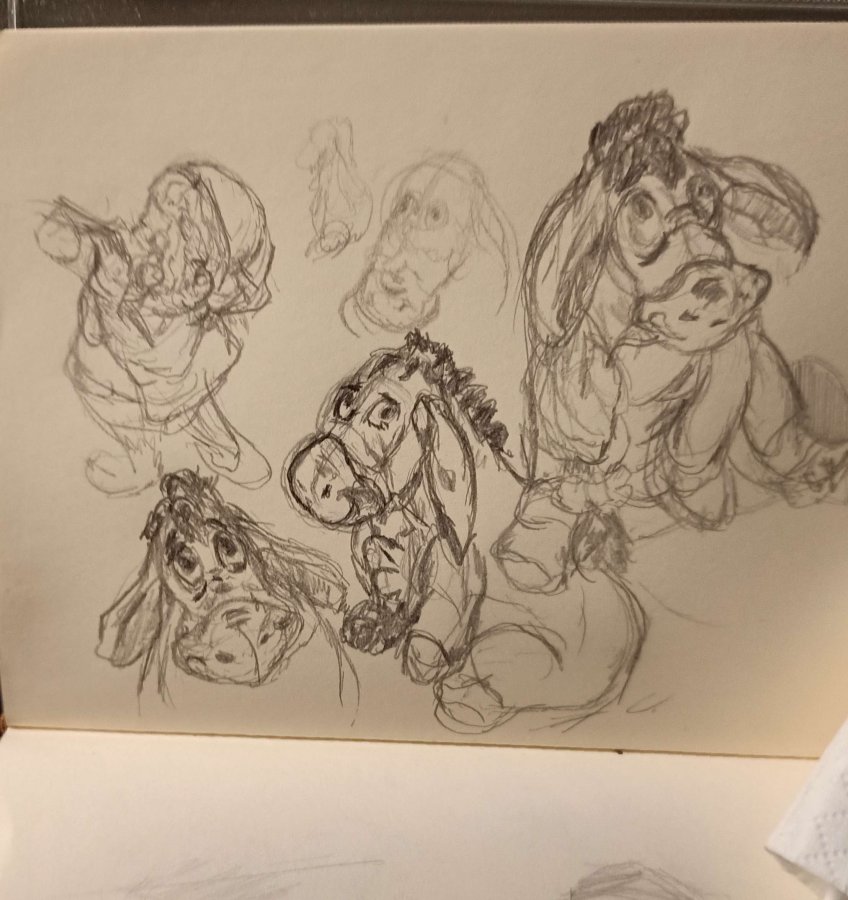 I add another attempt, another photo previous page in practice

All of these are fantastic! You are doing so well. I am proud of you!

I have been known to be an Eeyore.
J

Artyczar, thank you very much for the nice words, I appreciate it very much, I'm glad you like these.
Eeyore is strong,
I find it one of the most beautiful and important characters, creations in animation or literature.
I think that when I can't decide or think about what to draw or if I want to draw for a few minutes I'll go for it on him (or on Donaldduck)
You must log in or register to reply here.
Share:
Facebook Twitter Reddit Pinterest Tumblr WhatsApp Email Share Link
Top