in short, place of things.
Monday I had done these.
I thought of doing other drawings, attempts, I tried but I only did scribble,
things that I did not continue and also I tried to reuse the pen but without making drawings.
the copy of the master's drawing is a drawing that I had tried another time. a week ago. seen the look I thought to change but I could not therefore I tried again differently from the other times.
I try to act like I'm from life but not here. 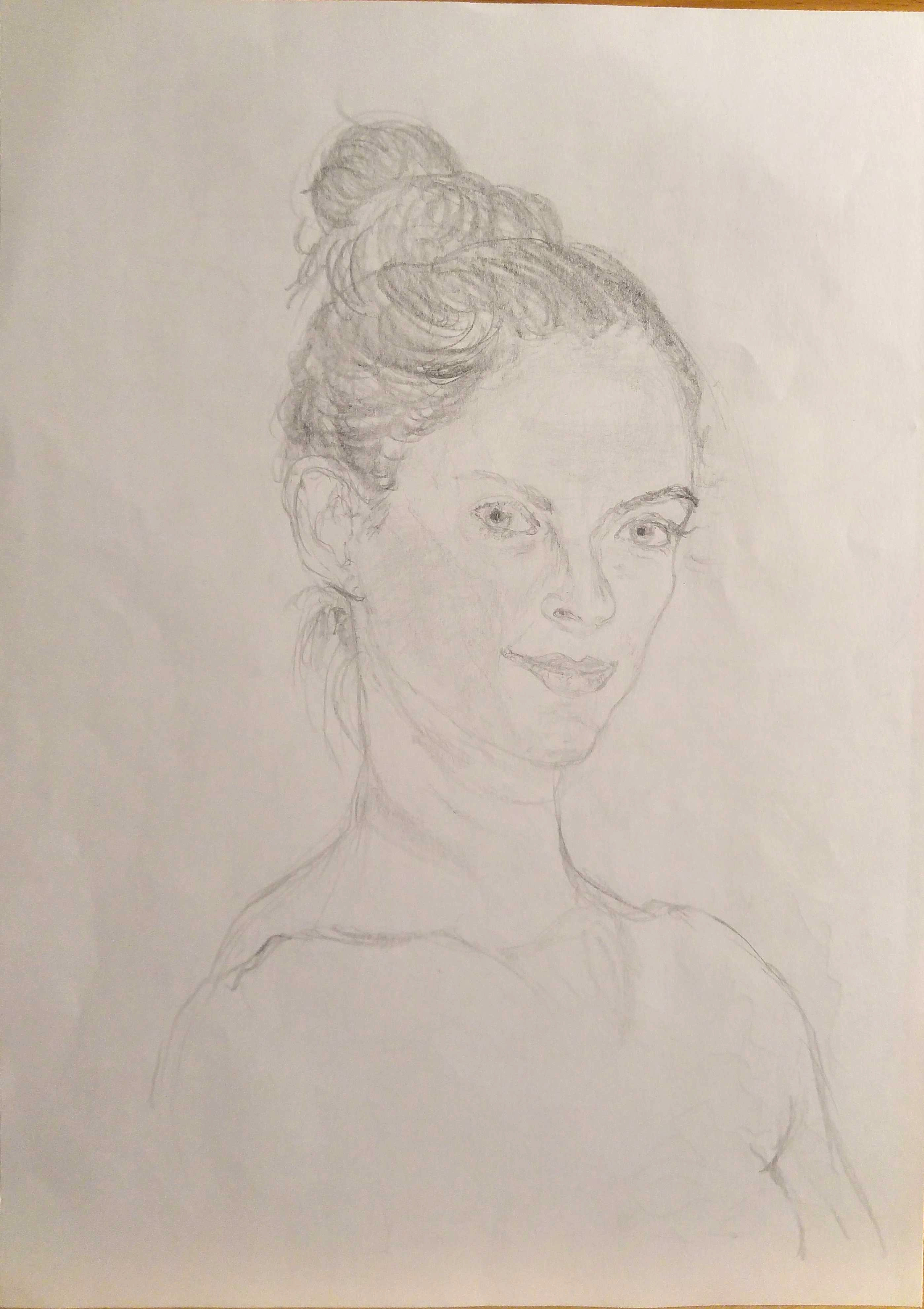 These designs instead are from weeks or months ago.

Donkey because I think it's a wonderful, sweet animal.
As a boy I dreamed that I would have some, for a sort of center.
Instead I have never had anything to do with other donkeys except me.

Anyway I tried to draw it 3 months ago ..
From a reference posted on the forum (challenge on drawing eand sketching) by tuscanny who also gave me suggestions to finish it that for example I had drawn much more gray.
There were 2 on the photo but I only made one.

The rest of the copies that I had made at the beginning of the year, for a few months I had mostly done things like that. hands.

Raphael's figures are a novelty for me, I had never tried to copy anything of his even if he is an artist I really like it (and the figures or portraits I tried from photos even though I probably had to draw from life to learn but not I happened to take formal lessons, to attend courses and now I'm in a country and I have no way of portraying from life. I'm sorry I didn't start drawing again because in that case I think I would have tried at least one of the two things)

These are good Joe. I too, like the donkey and the figure drawings are really great.
J 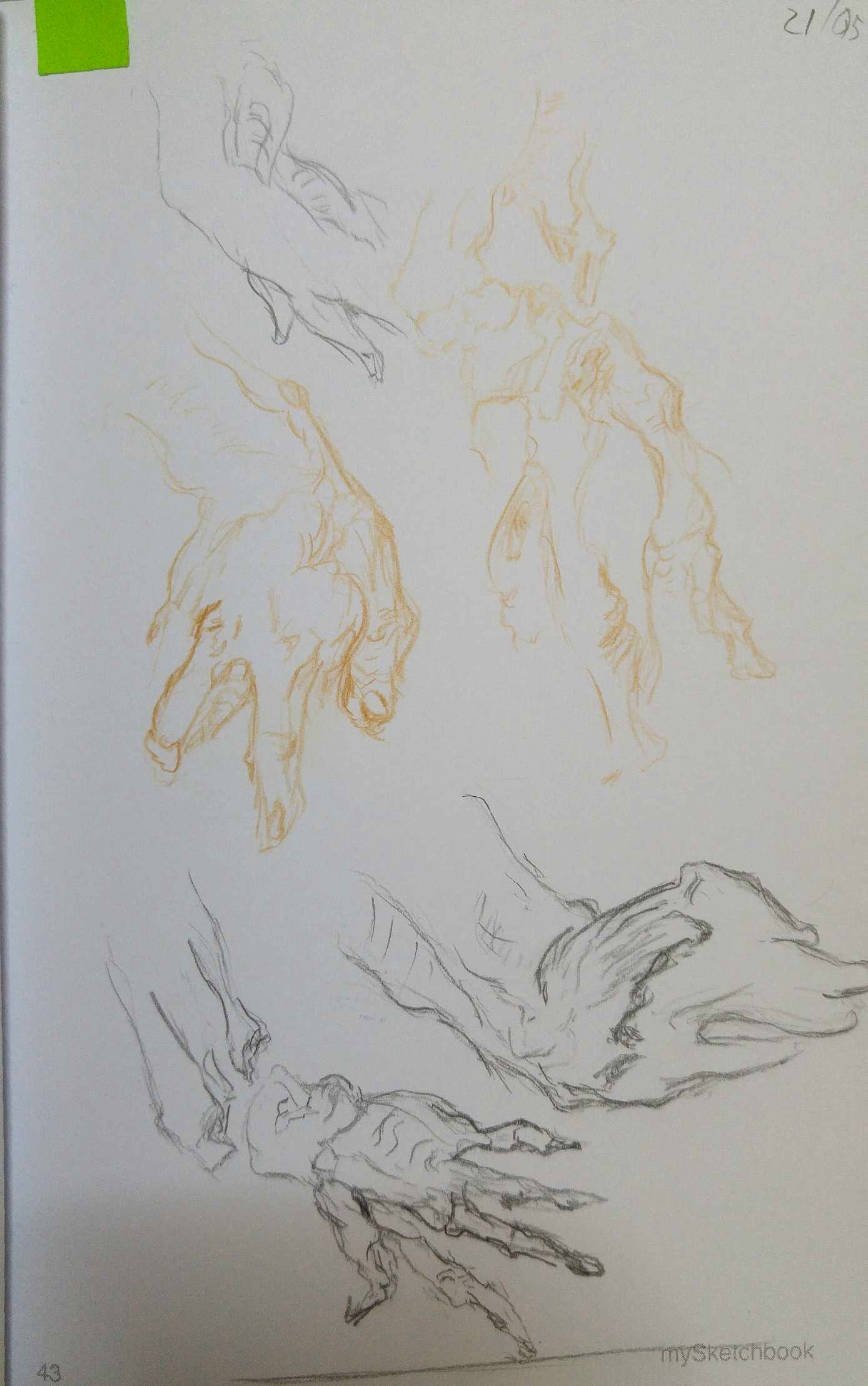 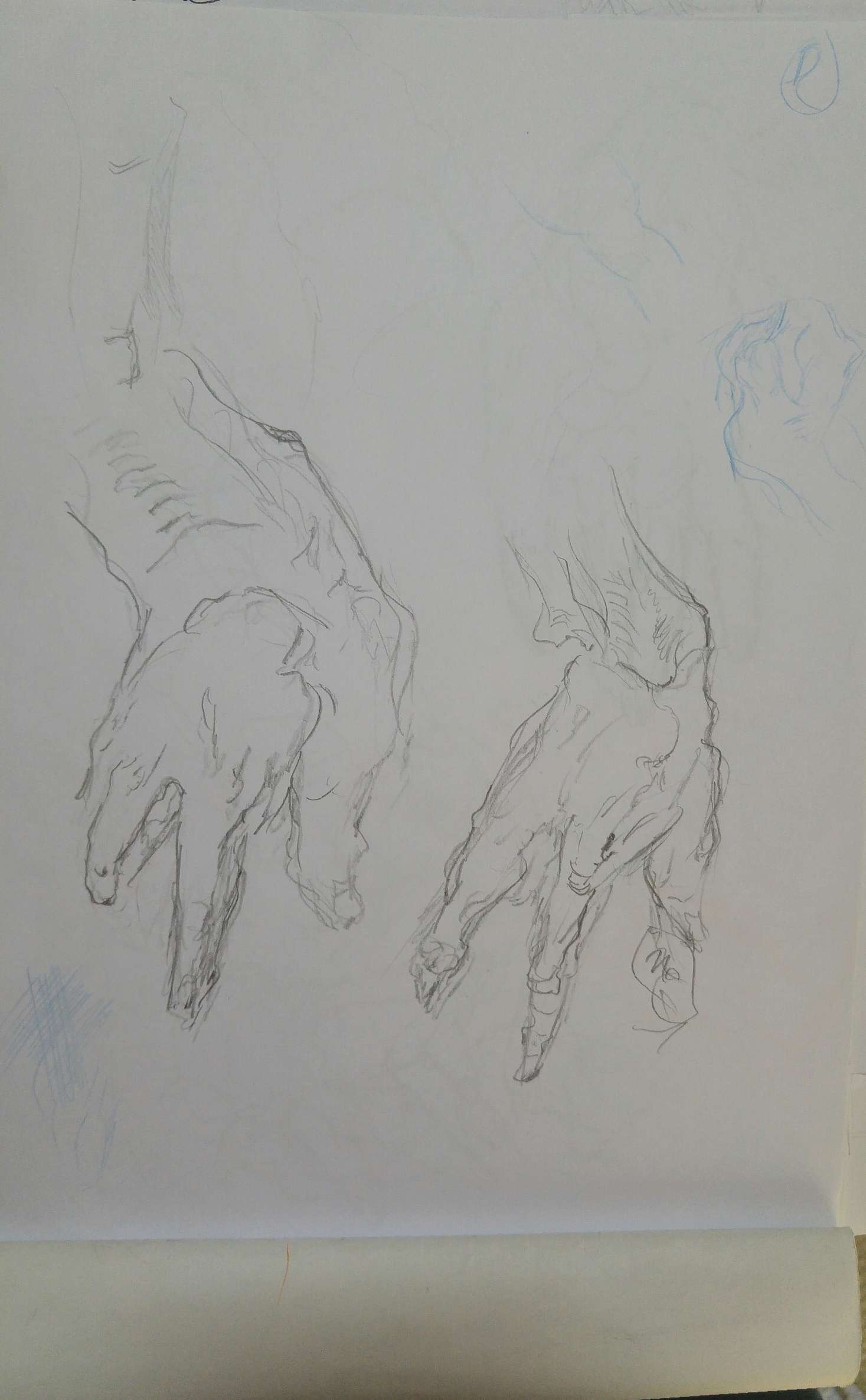 these are the things I said I had done for the first 2 or 3 months of the year. book copies that I had taken a 2 years ago

this instead the previous attempt to copy the sir

Snoball, thank you very much for the nice and encouraging words

These are all very good. I don't know how much time you spent, but they all have good quality and movement (the figures and hands). I love the donkey very much, and the first two portraits are impressive. Very well done.

You've given me some thoughts on maybe posting some of my attempts at drawing/sketching--my less rendered stuff, so thank you for the inspiration.
J

Artyczar,
thank you for your kind words
J

I forgot.
donkey and figures are the ones where I spent the most time.
I went back to it. I don't know the time, a few hours. for the figures I have canceled a lot, redone some parts of figures that I had omitted arms etc.
some maybe an hour.
however in general I am rather slow to draw anything.
maybe I make fast drawings slowly
some maybe an hour.
ah, yesterday I made a picture drawing, I add it.
J 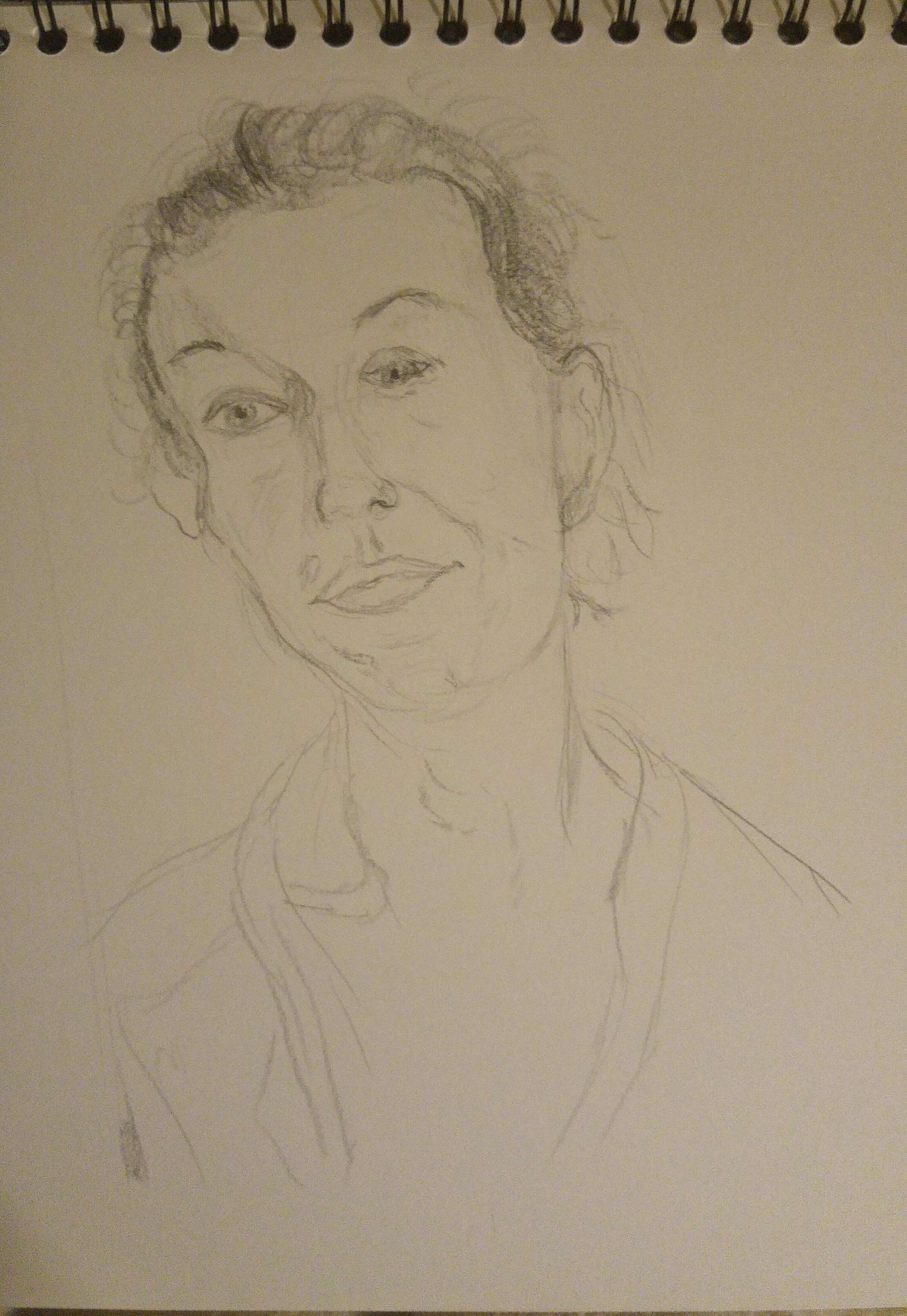 I hope the duplication is fine, 2 photos. I do more photos to try to make them better and then I can't choose.

yesterday I did this. new pose from croqui. is the model above.
of the last portrait attempt

I don't know if on a4 you only had to do a part or it is ok a4 even for a pose like that. in pencil.

from what I have seen (it seems to me that most of the artists use a3 or a2) for coal, for coal I think that all the more reason they want at least a3.
i tend to draw small, in the last 2 years i am trying to use a3 more often. 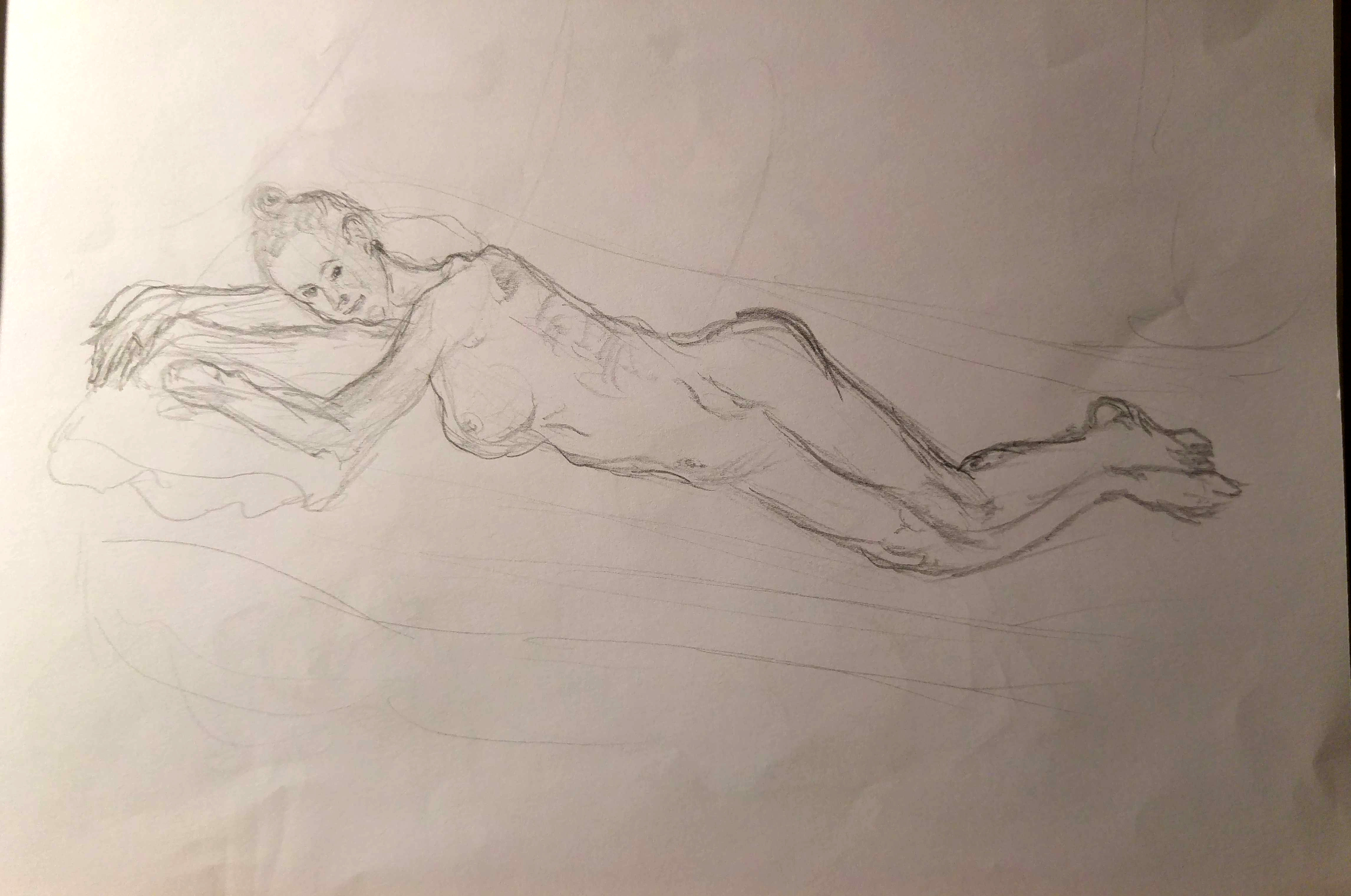 Not bad for 30 minutes. Try holding your pencil loosely until you have "set" the proportions and then heavier to refine.
J

thank you so much.
thanks for the advice, yes

Good job. Yes Sno, that's good advice for everyone all around.
J

I like your use of line and can tell you're generally more line-oriented. It's especially interesting in your hand sketches. Piggybacking on what Sno said, there's a looseness in those I would have loved to see more of in the figure.
J

xie-kitchin
thank you very much for seeing and for your kind words.
actually in most of the drawings I don't do much shading even if it's something that I try to improve, but I want to improve line as well, line drawings in fact is something I really like.
M