You shared a lot of yourself Joe. Sometimes I think we would be shocked if we all told our life story. I know a lot about several of our members and some of them know a lot about me but most of us have a lot of ourselves that we just don't share. Some of our lives are too sad or too sordid, or otherwise secretive that others might be shocked. Many times knowing these things about our friends endears them to us.
I like your recent drawings. I recognize Jiminy Cricket, Dopey, Donald and Mickey. Your hand is good, as are your faces and the roses. Keep it up!

Artyczar, Snoball, thank you very much,
Snoball, you found them and recognized them all, yes, they were Jiminy Cricket, Dopey, Donald and Mickey.
thank you very much for your words and I'm glad you liked draws.
J

yesterday i did the one in the second and third pics and fourth pics. the rest first
mouse Thursday, (photo with mannequins was weeks ago but I forgot to photograph it and also to keep it or trash it, I hadn't published it then) I forgot about the mouse but maybe, toto is the result that I like most of the things I've done, it's a copy of a drawing, maybe I like it because the original drawing is very nice even if not too complicated

almost all of them are copies from drawings or come from photos, photos the first
(the stuff, the page with the plane, was from a news I was saying, a politician who travels every 3 days in a year (this leads to approximately 800 thousand euros of expenses for taxpayers, grains of sand between injustices and waste that these people do but in any case not a little and then the reason for his career is even less noble, he is in politics because he is a lawyer who signed laws for which one could not go to jail since he had become president ...), he used flights with blue plane that I tried to draw,, Falcon plane used therefore also to go on vacation)


if I wrote this wrong I apologize and ask you to remove written. 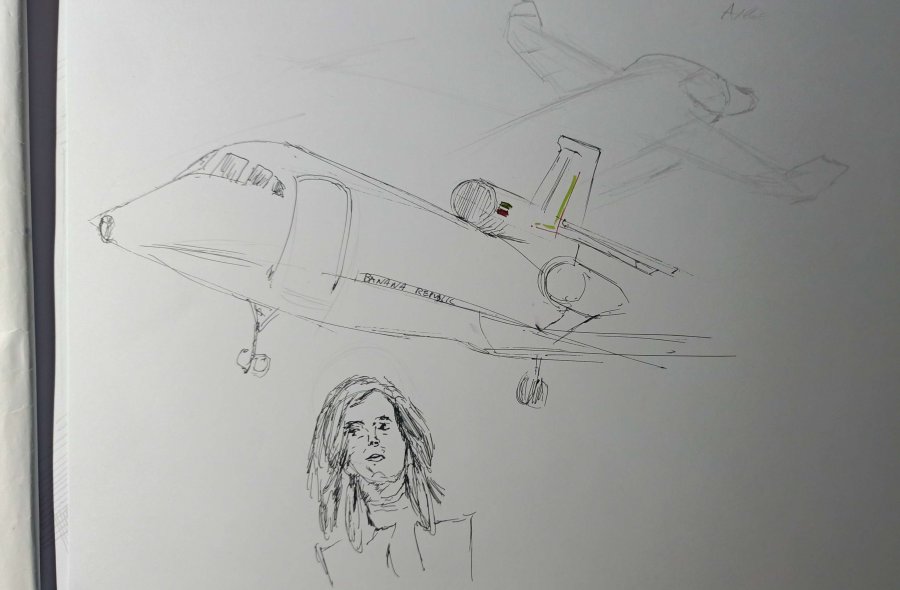 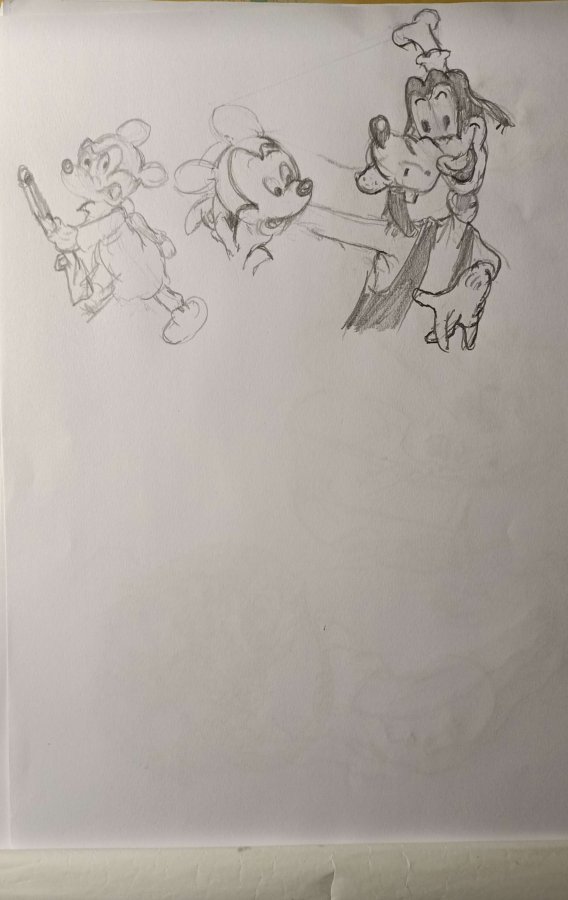 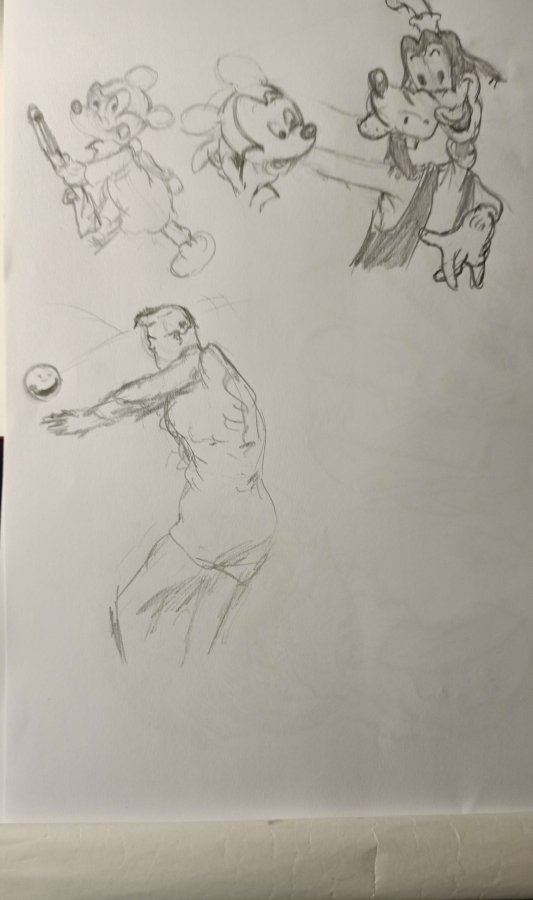 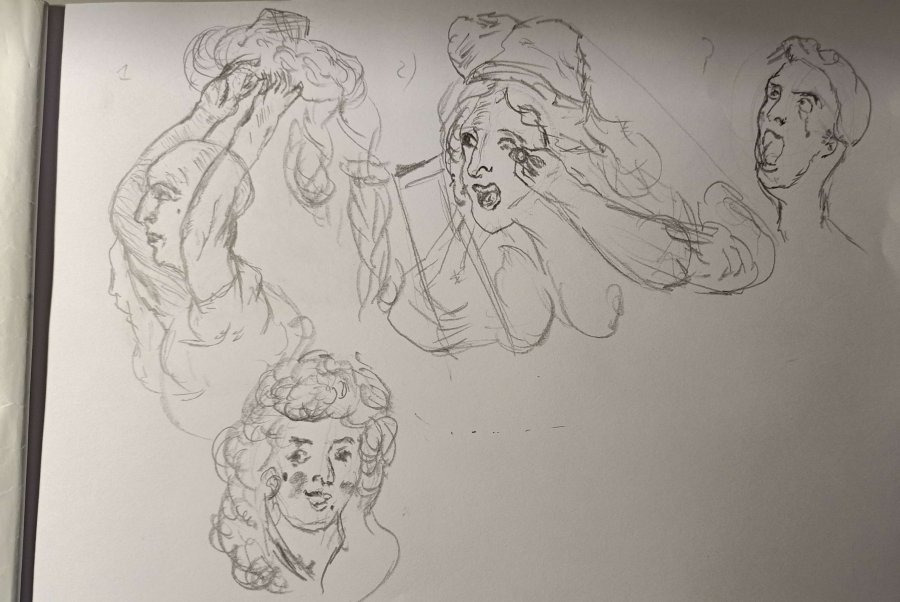 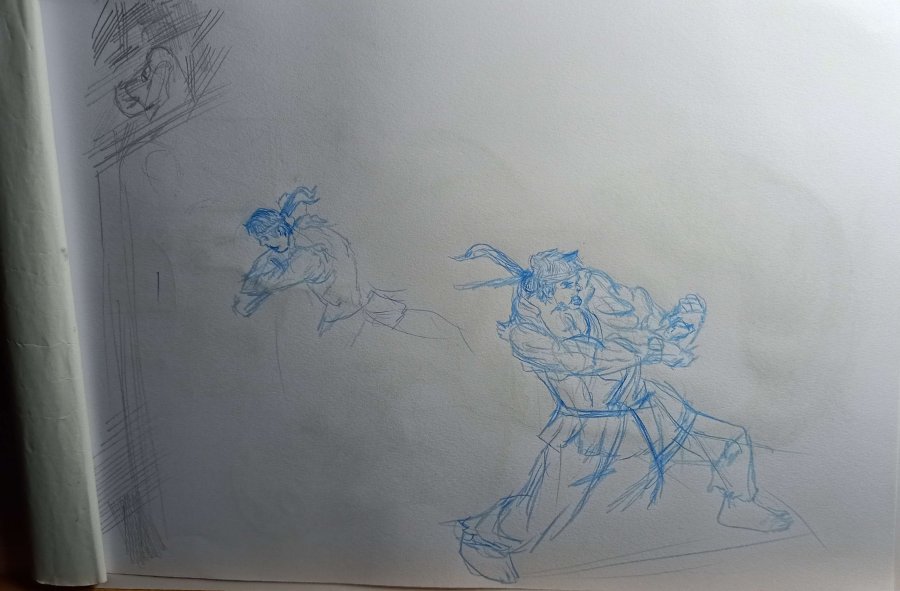 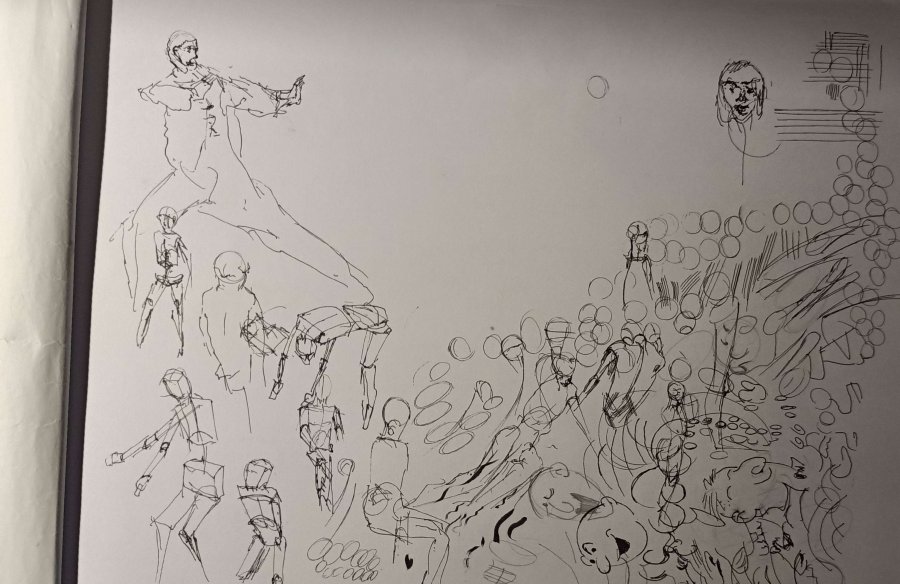 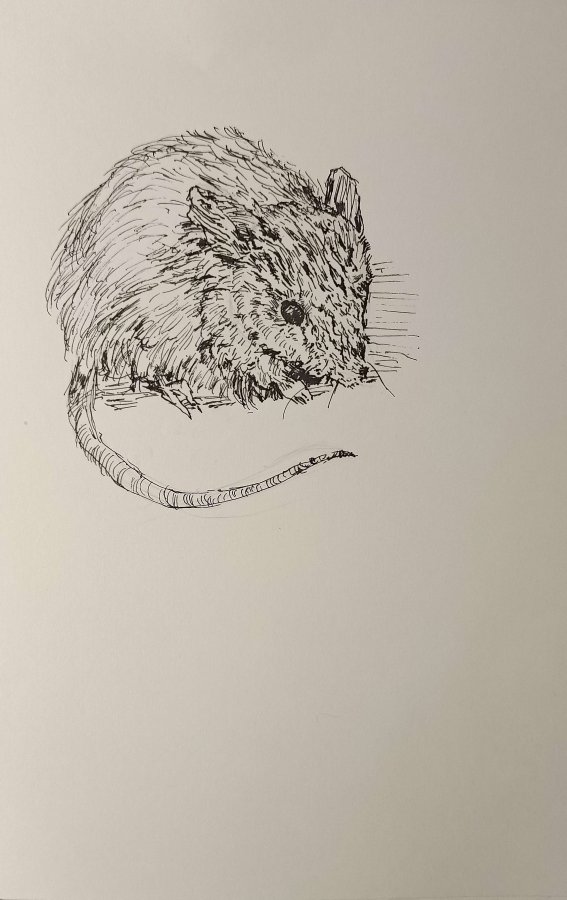 yesterday I made a face, I took 3 photos at different times, 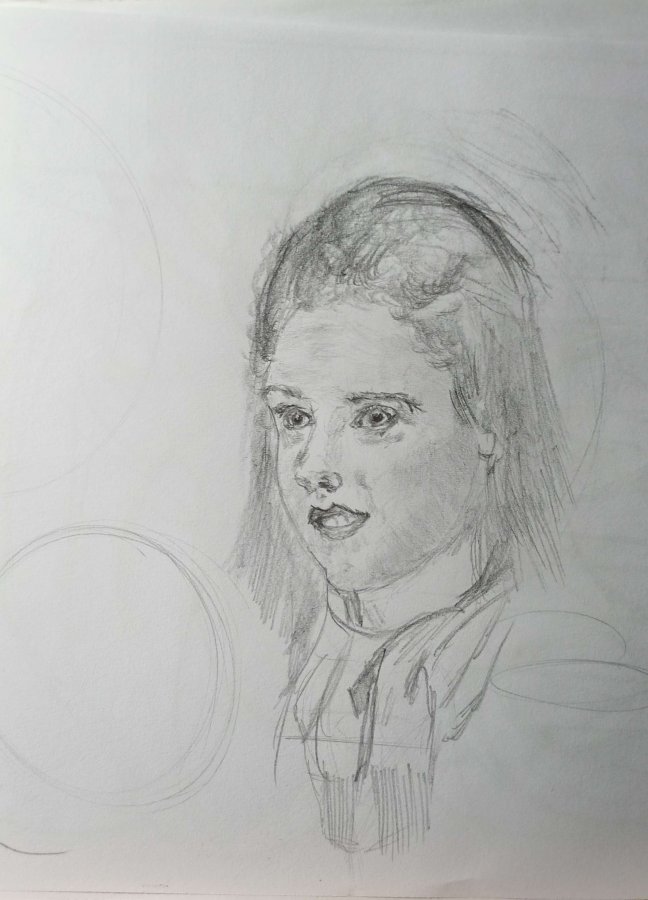 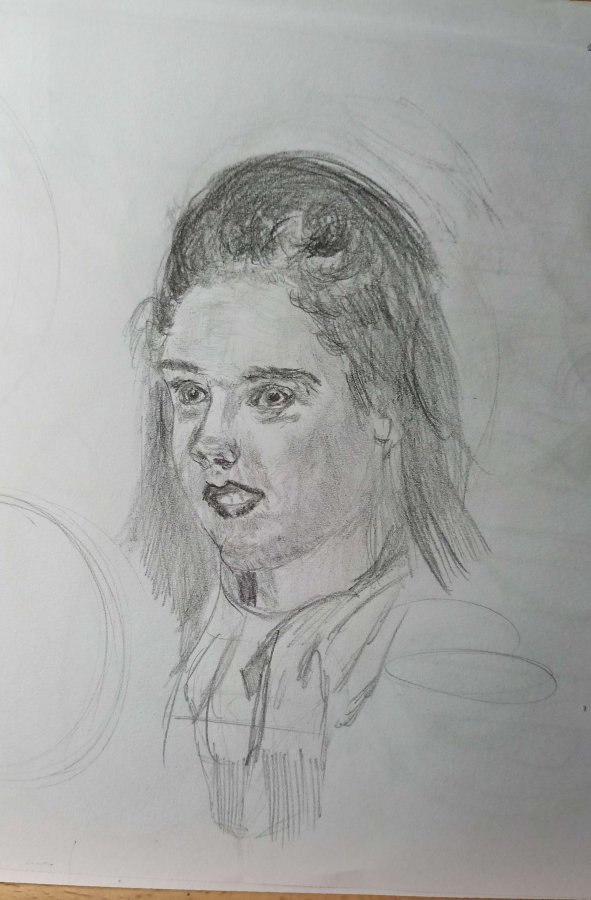 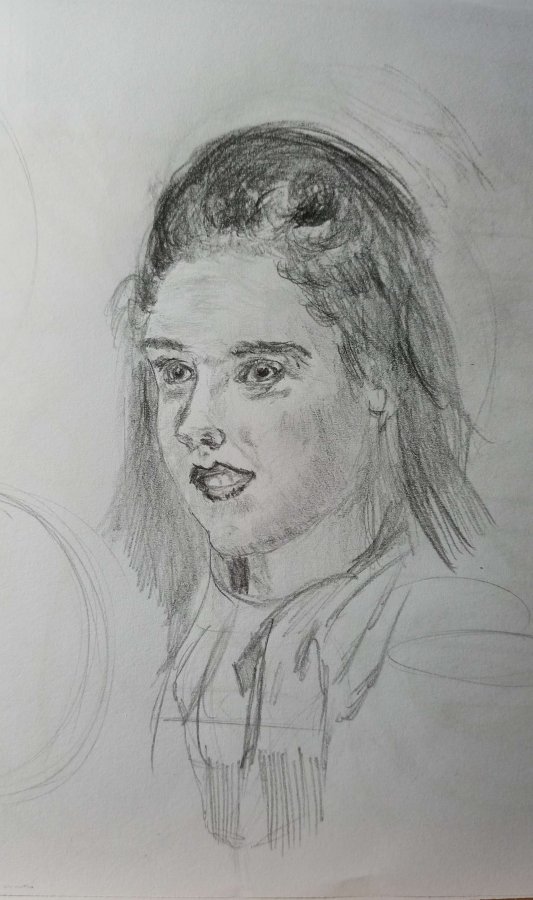 instead of political cartoons,

about the cartoons, as a boy, my last birthday presents, gift was the annual book of a very famous cartoonist in my country who every Christmas published a book that collected his cartoons politicians, I liked the drawings so the first things I saw were the disney comics, cartoons and a few years later the cartoons of this artist, (the first things I knew were these things and tim burton, then years after the drawings of michelangelo and Caravaggio, I discovered the forum opened a world of artists, styles, genres)
however I was struck by the style, the subjects made them recognizable and had a little cartoon or anthropomorphic traits, or a caricature element, hustler.

I don't think I've ever copied his drawings, but I still have one of the books, today maybe I'll put something (I tried to describe the drawings but it's easier to see them), but I try to copy some of them since I've talked about them.

I have one of these books, I tried to copy some drawings, the ones in the center.

this page with the bic, those in the center are the ones I am referring to

n the last 10, 15 years I have often seen the works of 2 other cartoonists political satire who have been or are regular guests or even authors of TV programs.

I found one of these 2 hilarious, Vauro, he is a bit of a mix, that is, he either drew politicians or drew himself and jokes made you laugh a lot (and also leave a bit of melancholy),
politician I was talking about earlier, in 2000 he made a Bulgarian edict for which they canceled 3 TV programs, on public TV, driving out the presenters.
A few years later, about 2005 or 2006, this journalist was summarized and in his political or investigation program, TV lounge but perhaps the only impartial one, however, every episode was made by this artist I did not know before but in reality he was one of those cartoonists and cartoonists who from 70 or 80 he had founded newspapers and magazines, however he drew in the studio, on what they discussed and the last minutes of the program, the closing was with the drawings and he who introduced them,
and he made everyone laugh. they were always fun, I always had to stick to the program. 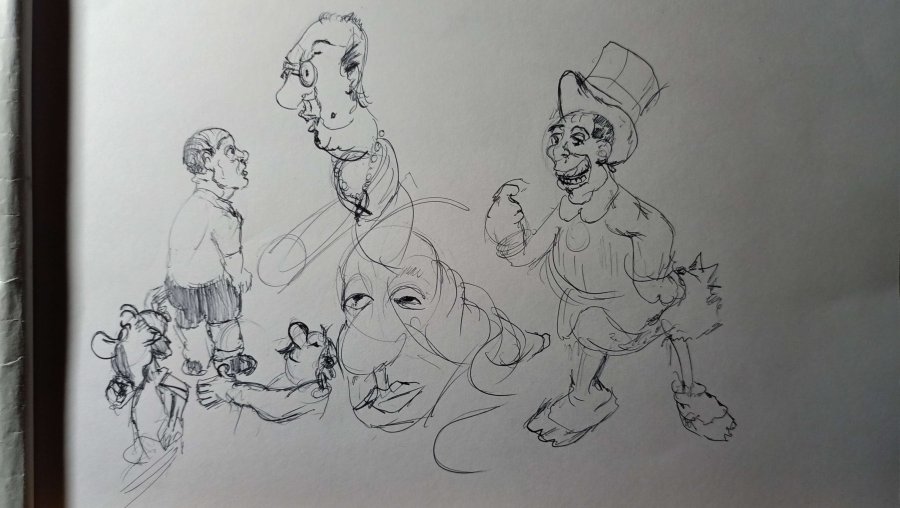 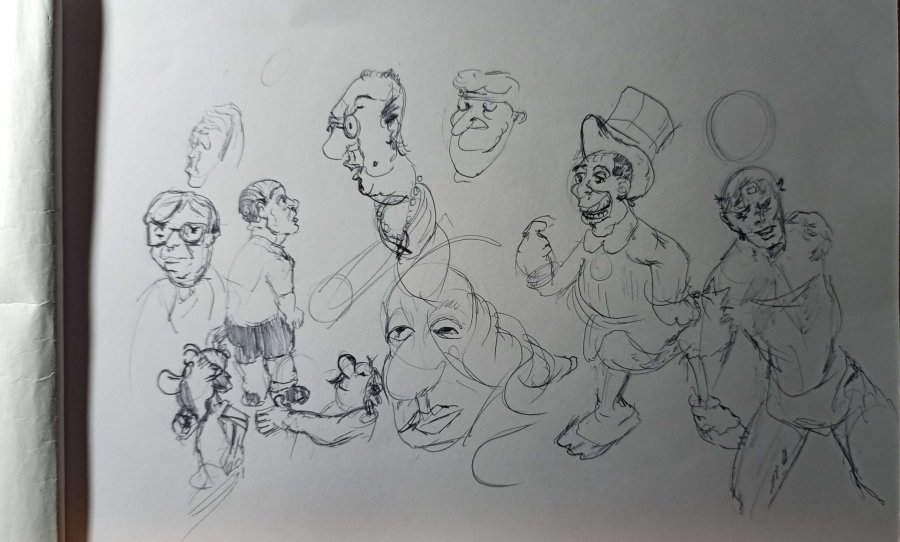 anyway the author of the cartoons I was saying, of the books, the first one I knew, made characters in this way, (those in the first sheet,) these were recurring characters, also because among those who do damage, especially one, not the earthworm but the other for many decades, however he did so, I have a little cartoon or appearance, or some had uniforms, some mouse ears

These are all just amazing Joe, you are getting better and better. I especially like the airplane, good perspective on it. Your gestures are also good on the action figures. Very well done.

Snoball, thank you very much, glad you liked them
J

the post with these is also from 3 to 5 May.

i have been doing these for the last 2 days, cartoon
in the first sheet, the first half was with the bic. the second with pencils.

years ago I had seen online some works of this artist, of this work of his, mandy, did you know? maybe that's pin up genre? before be I did not know him, curious, ... strong, I had not drawn it very often but it was among the cartoons I wanted to try, lately I am often trying cartoon, then today and yesterday I had thought of doing something. 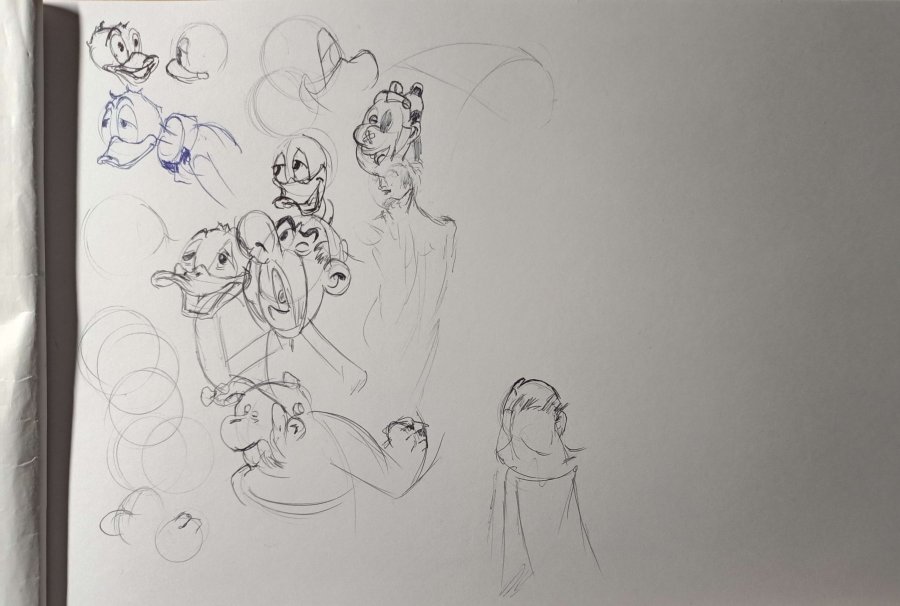 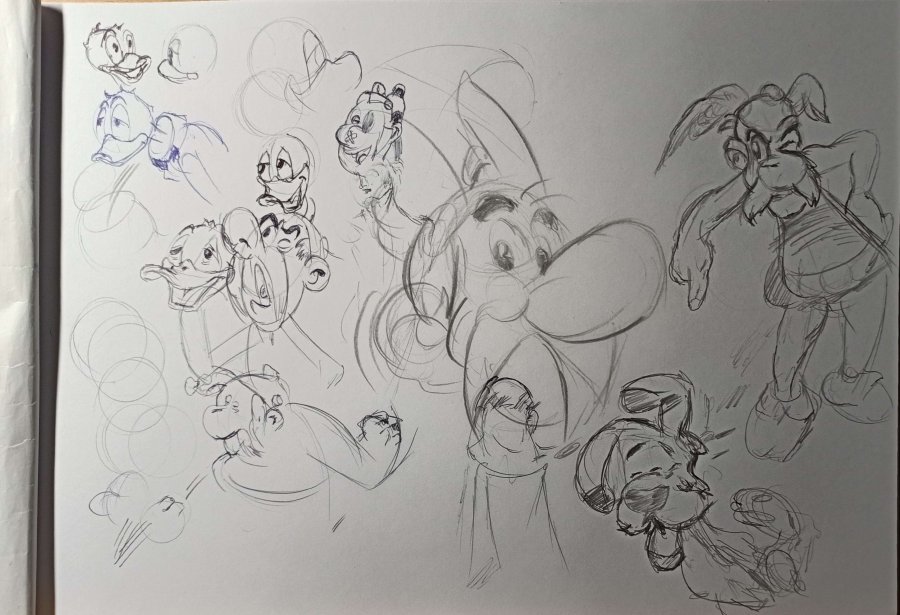 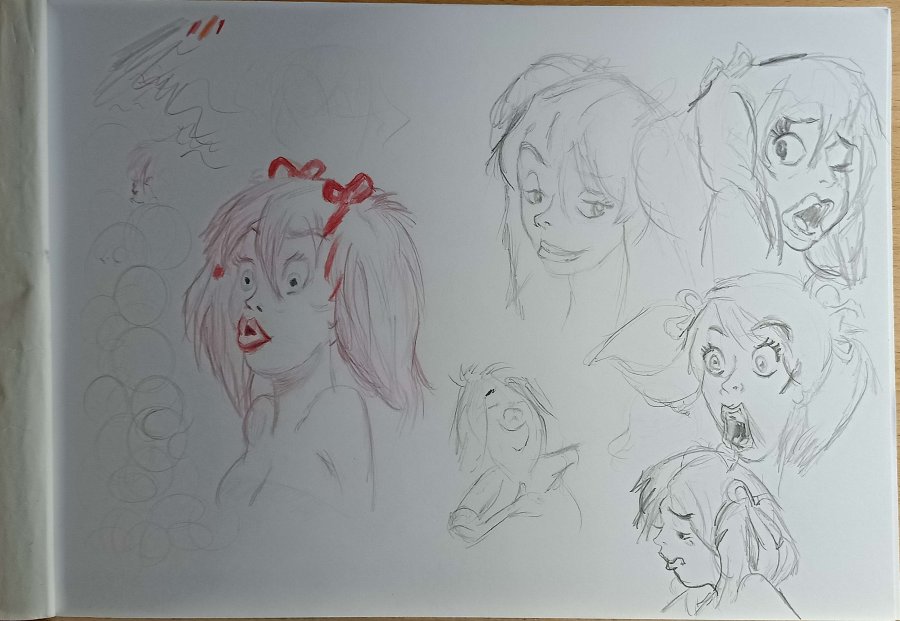 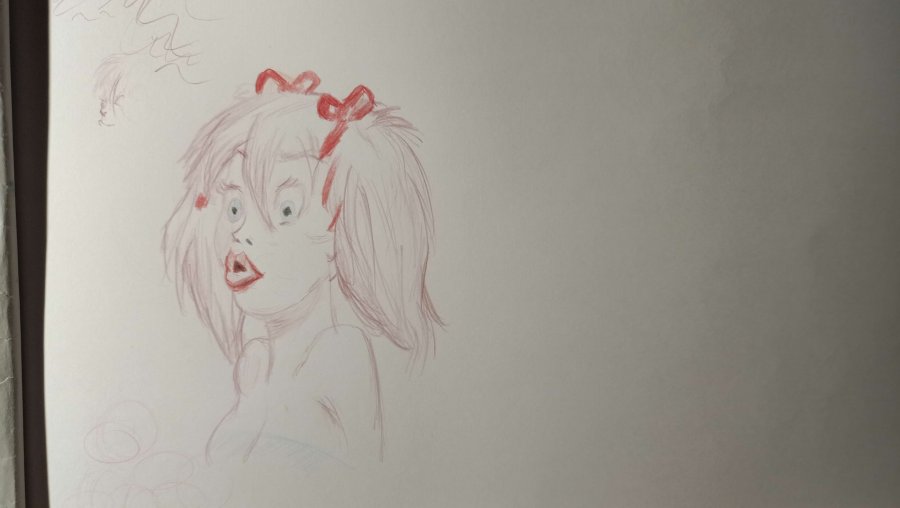 These are all great. Good airplane! I especially like the character with the top hat and the chicken body. Ha ha ha.

This last set of drawings are different and really great with the colored pencil. Very good progress Joe.
J

thanks Iain ,
Artyczar, thank you very much for the nice words,
then, maybe in the future, I try to redraw faces in black and white,
with the same colored pencils, same colors that were in the first face,

This last post is really great Joe. It shows your practice is paying off. Your marks are getting more and more confident. I really like to see it.

Snoball, thank you very much, glad you think that

I wonder what others thought of the rodent drawing. It reminded me of illustrations in classic children's books. It could have people standing on stools.

thanks Ian, actually it's a copy I made of a drawing I saw looking for ink drawings.
that I think the original maybe came from a book or in any case I think it is an illustration,
I really like the illustrations that books and newspapers published

I see what I did. In any case, I was impressed by the surety of line, by your progress.
J

Iain, thank you very much

mnion and lady
I did not draw them close, on purpose, I had not thought about it, I wanted to redesign it with black and white, page had space, then I thought of using yellow with colored pencil, because he is yellow then yellow.
however I like to see them together, I find them a nice couple.
, they seem happy, the third face perhaps does not approve.
winnie directly in pen,
only one with bic (the big one in the center) the others with gel pen, I don’t know if these things are better with bic, more doodle gel maybe.

instead duck, I made that page with various pencils, then I tried it with ink, tried many with brush pen, this is difficult to use,with pen, with fineliner the one in the bottom center, 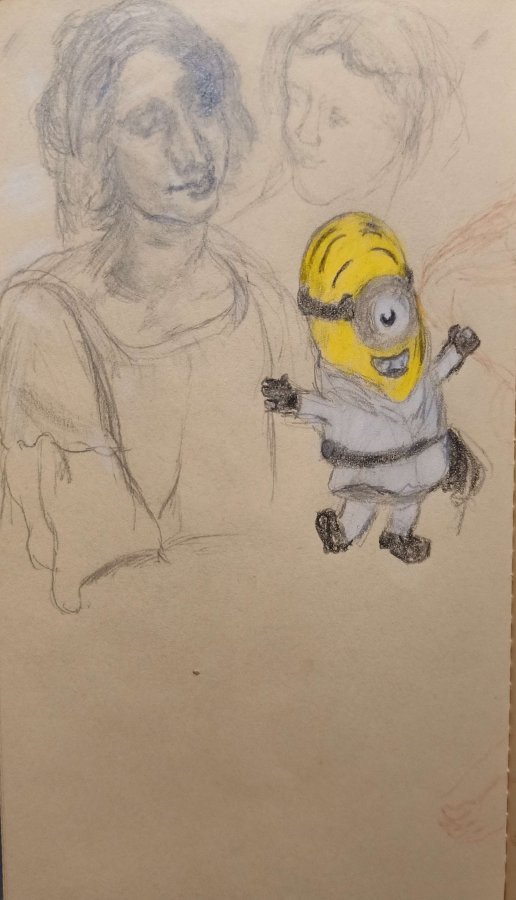 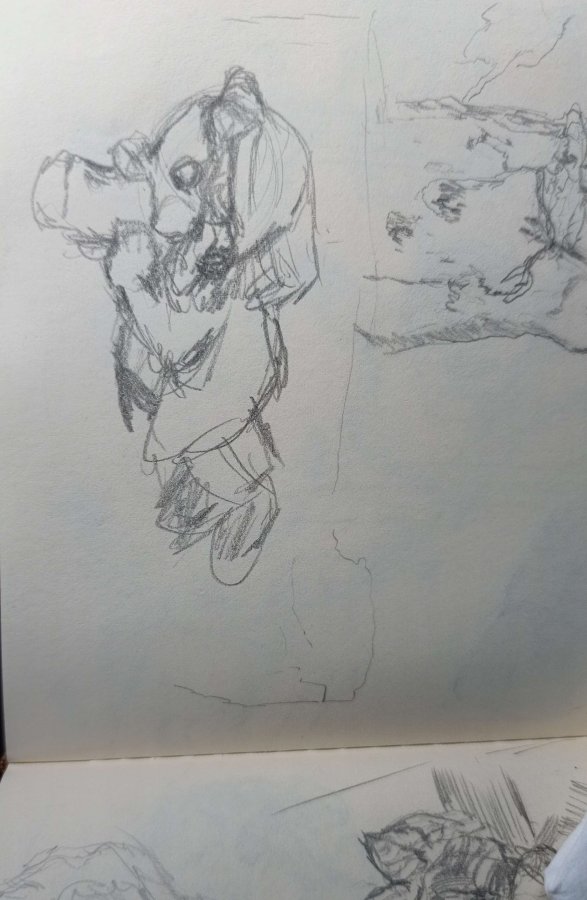 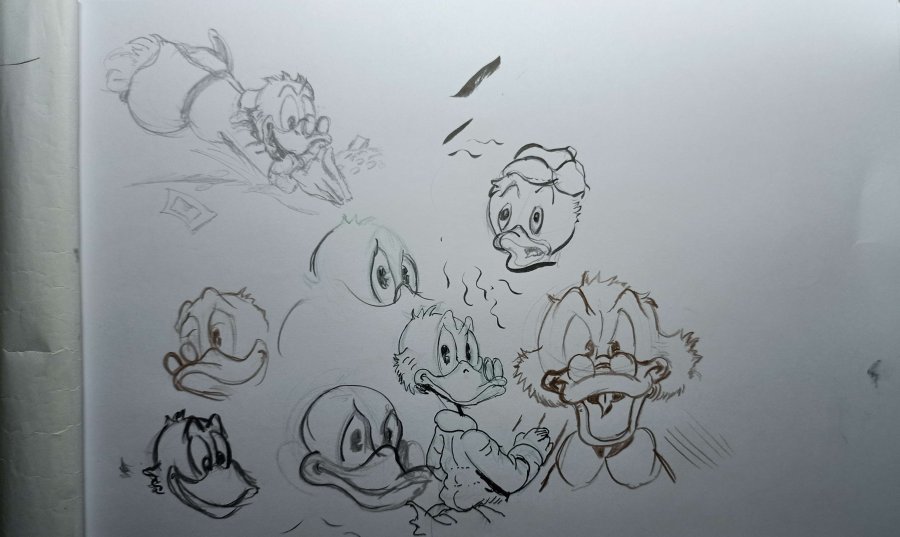 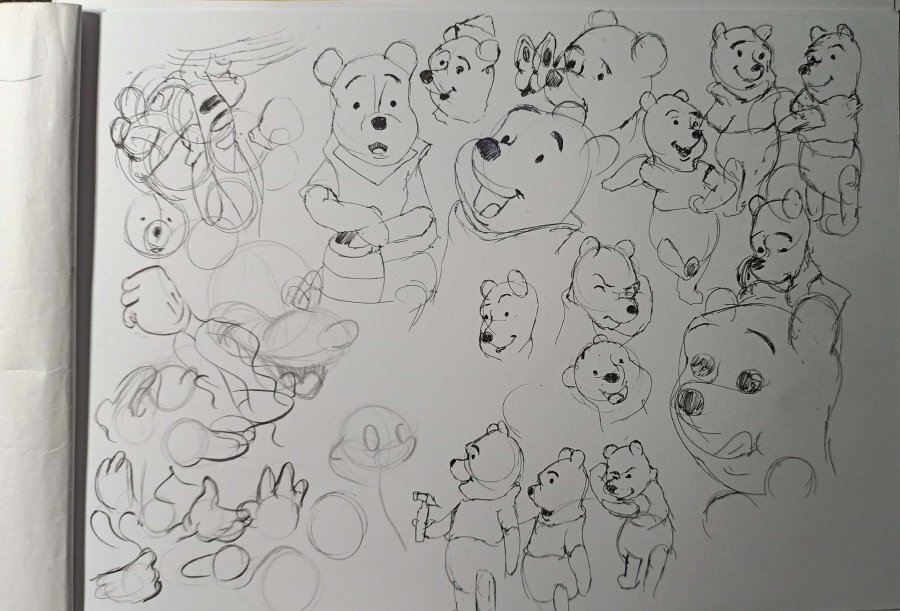 instead today I saw part of a documentary about Betty lou, I did not know the stories and the character well,
they also did snow white, one of the first episodes.
today and tomorrow so I had thought of drawing her, making a page that I will post tomorrow.

Fun little minion and I love all the Donalds and Poohs.
J

thank you very much Snoball, glad you like them.