I did this when I was thirteen. The nare (nostril) is in the wrong place (it should be much lower down), but still, she's got that maniacal Coop look. Coops are unique to North America; they have no Old World equivalent. Like all the true hawks, they have yellow or red eyes (in Coops the immy's eyes are yellow, the adult's blood red), short wings and long tails. Unlike buteos, such as the red-tailed hawk, or falcons, they have no fear of plunging into dense cover in pursuit of prey. Though not quite as agile as their smaller cousin the sharpie, they can still fly into a stand of trees at top speed in pursuit and leave not a vibrating twig in their wake. Their reflexes are almost incomprehensible to humans. 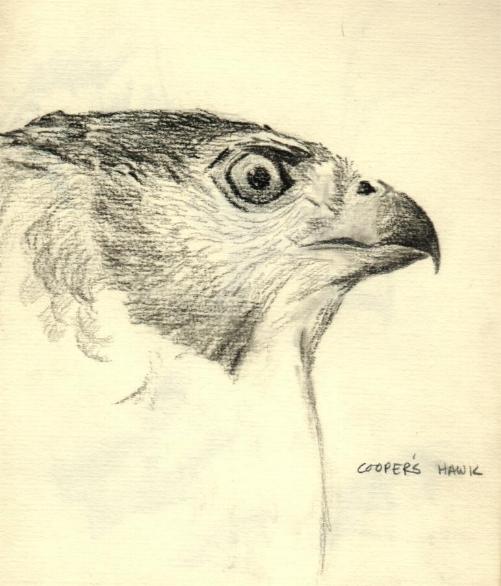 Impressive drawing, especially at 13, and even if you did it now.

Excellent Musket! I see you were wrapped up in raptors at a very early age. This is great work for a 13 year old or any age for that matter.

Thank you. Been into them since I was nine.
N

No old world equivalent? How about the eurasian sparrowhawk? It also has short wings and does bloodcurling acrobatics in dense vegetation to pursue prey. Sounds like the same modus operandi.
Looks like you were quite a prodigy at thirteen...

it's a wonderful draw, I agree with everyone. your first artistic works were already very beautiful.
also nice to learn something about this wonderful animal.

E.J.H. said:
No old world equivalent? How about the eurasian sparrowhawk? It also has short wings and does bloodcurling acrobatics in dense vegetation to pursue prey. Sounds like the same modus operandi.
Looks like you were quite a prodigy at thirteen...
Click to expand...

Our equivalent to the sparrowhawk is the sharp-shin, which is a little smaller and also a specialized bird killer.

Coops are midway in size between a shin and a goshawk. Like a gos, they are generalist accipiters and can take both birds and mammals. A big female Coop can take a full grown cottontail rabbit, which no shin or spar can. Out west they are death on quail. They aren't quite as explosively fast out of the gate or as acrobatic as shins or spars but still have lightning reflexes and can plunge into dense cover without leaving so much as a vibrating twig in their wake, and have more endurance, if not as much as a gos.

There are many members of tribe sparrowhawk besides the Eurasian, but they too are small, specialized bird killers for the most part, though shikras and a few others will also take small mammals, like voles. A few oddball accips like the black-mantled of New Guinea are Coop size, but in most all of the old world, no equivalent to the Coop exists, and none in Europe.

This is an African black sparrowhawk. It's actually goshawk size, but is built like a sparrowhawk (note the very long legs. thin tarsi and long toes, much less stout than a gos's). They are extremely efficient hunters and very fast on the wing. Mostly they take birds. Cool lookin' accip. Instead of the blood red eyes of an adult North American goshawk, Coop or shin, theirs are a reddish mahogany color. I had plans to do a carving of one but got sick before I could. 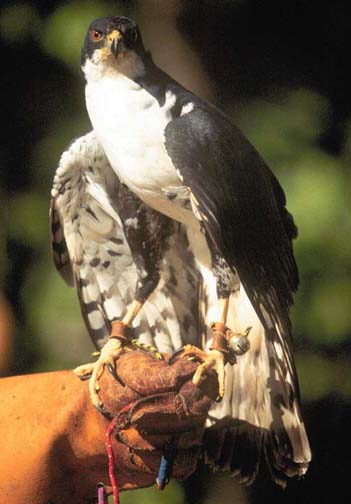 Thanks for that very thorough reply Musket. Beautiful bird on that pic.

So, Musket, you were a prodigy!
J

another wonderful specimen, thanks for the information and the photo.

Prodigy is pushing it, but thanks everyone.

This is a black-mantled goshawk (called that even though it isn't a goshawk) from New Guinea, mentioned above. Coloration is unique among accipiters. They are rare. Around the size of a Coop. As with most Old World accipiters, including Eurasian sparrowhawks, the eyes of adults are yellow, not red as in New World species. 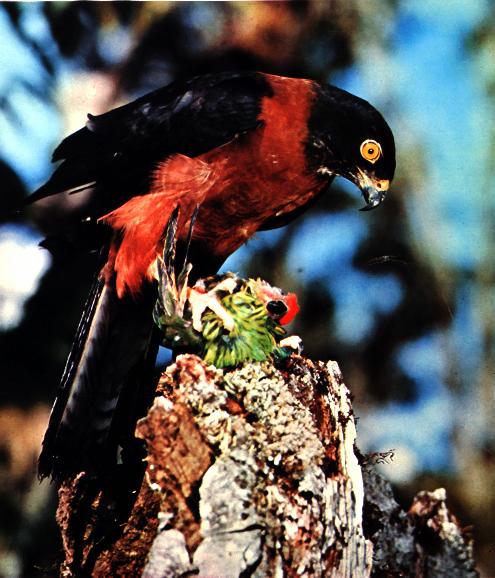 This my fave of all goshawks, the Siberian. These are huge birds, the biggest subspecies, and a certain percentage is almost pure white. 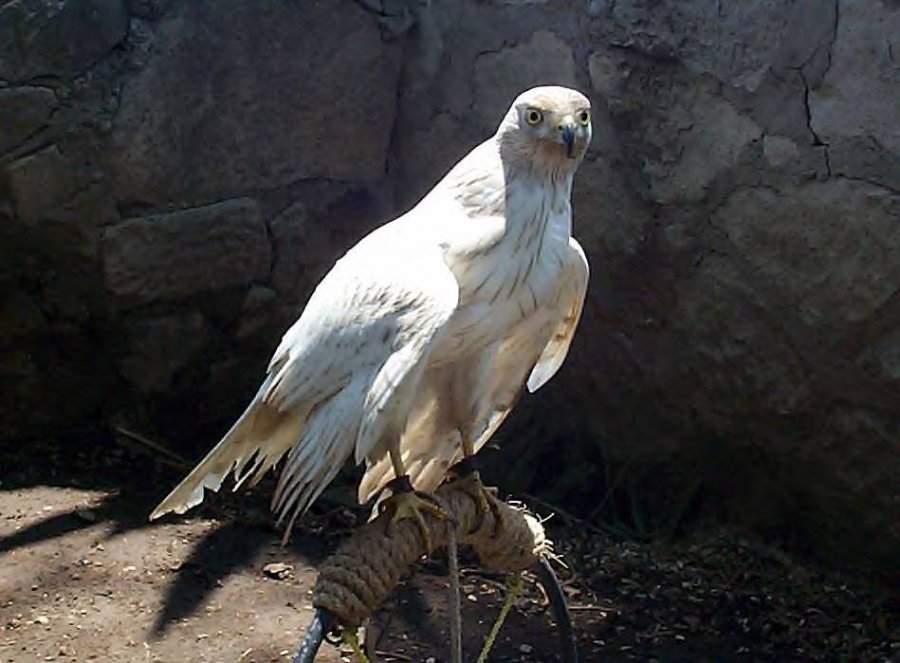 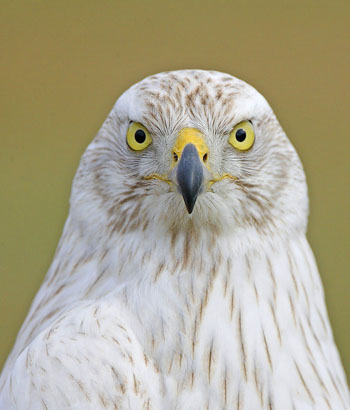 They are wonderful, before I hadn't thought about them so much but the eyes, the eyes of the birds (thinking about it in photos or documentaries, sometimes there is, as a spark, a mirror, a sparkle in their eyes which are then among the things that attracted me even if implicitly ) are among the most incredible and their colors are therefore very varied
J

Musket ,
around lunchtime or early afternoon on a canal sometimes they make nice programs or documentaries, today I saw, for a couple of days they have been making documentary-like programs made in Finland, about the woods and animals of the area then. a little while ago I saw the northern ptarmigan, I did not know it, , it is very beautiful, these all white, it is off topic with the post (so I do not put the photo but these partridges go out to me on google writing Riekko on talvessa kotonaan.)
but the plumage, the coloring, they are pretty

They are very pretty, they call them "rjúpa" around here (=Iceland).
I see them often, especially in autumn while rounding up the sheep. Their population is at a low right now, they had a bad spring, a long cold and wet period
J