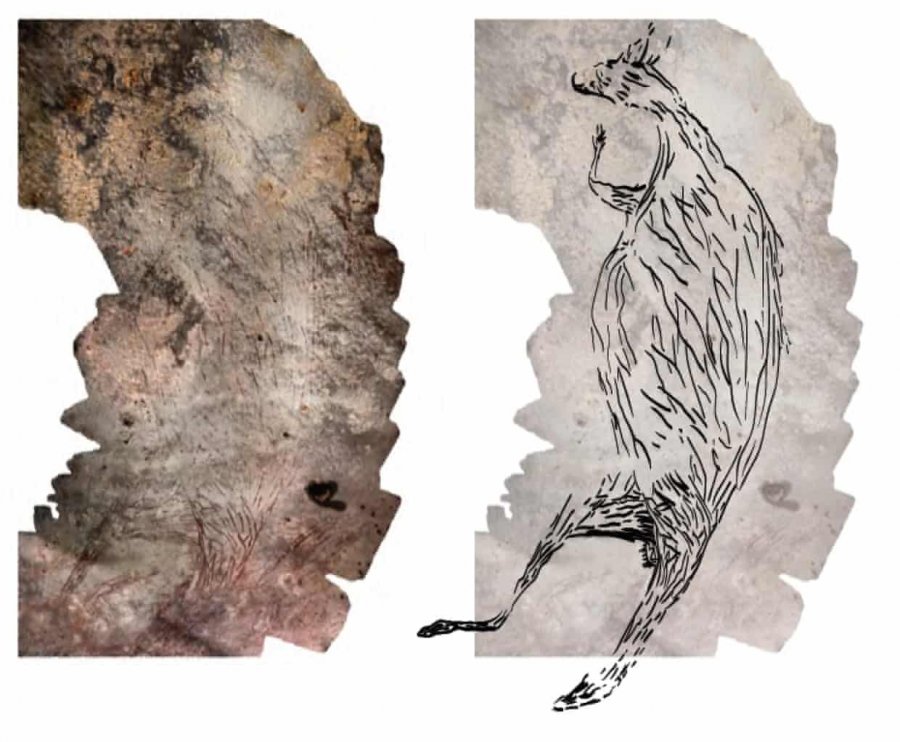 Two-metre-long painting in Western Australia dated by analysing wasp nests and is the oldest work still in its original place. Scientists have confirmed that a painting of a kangaroo in a sandstone rock shelter in Western Australia’s remote Kimberley region is about 17,300 years old, making it the oldest known rock art in Australia. --The Guardian