Not at all, Arty, from my end. Just different experiences. BTW, I don't use "luck" as being totally random or without effort or skill when I say that word. Just a recognition that in a world that is inherently without fairness and in an endeavor in which the overwhelming preponderance of artists don't get their due, for whatever reason some do achieve their goals.
J

Welcome back to Instagram. Sign in to check out what your friends, family & interests have been capturing & sharing around the world.

I had read this thing, it is nice but also very true I think.

perhaps it does not center but this thing that I have read comes to mind reading this interesting article and your interesting impressions.

I thought that drawing, art, is a difficult thing, almost everyone confirms, but at the same time we also think that it is the easiest thing in the world and that it has no value.
that is, thinking about what it requires and what it offers can remind us that it is something not to be despised, not only economically, even morally.
I didn't necessarily say for the economic point of view,
the economic discourse makes me think that more than 10 years ago I had discovered in merkatplace, for writing, a merkatplace where you sold articles for websites and newspapers, I remember that I used it,
I used one in my language but it became more and more penalizing, for an hour or 2, I got 20 or 50 cents, usually one euro per hour, but then they put it in the conditions that if the commissioner asked you for a revision, even a small one, you they took away 20 cents each time, and a couple of times I will ask myself to replace a comma, I felt embittered and made fun of, and then I have not used that or tried to write anymore.
they were low figures, so it was not worth it, but at the beginning writing a lot it was 3 euro per hour, maybe I would have continued even if differently,
because lately I have read how merkatplace for art works, and in my country it is worse, to write, you earned little but you did not lose, that is, writing, if you earn under 5000 it is legal, it is an occasional performance, with an income that you did not exceed 5,000 euros a year, you earned the amount I was saying.

lately I thought that, not now but if I got better looking if there were market places for drawing, maybe online, I actually read that there are marketplases for art, so digital image you can sell, I thought that the problem was to do something decent that someone he would have wanted, even at 5 euros, the marketplace is called 5 dollars I think, but in reality the figures can be higher or normal
, however, from a bureaucratic point of view, just placing an ad on a site would mean that you are a seller, therefore it is not considered an occasional service, it is occasional to sell a painting for 4999 euros, you must not exceed 5000 euros per year .
but if I sell 10 qudisegni for 5 euros, or I put an ad on facebook, istagram or you sign up for a marketplace, they consider it a continuous activity, so you must have a VAT number, you have to spend about 5000 years in addition to other tasks, even if I would not sell anything.

so I think that's unfair, and how to draw was considered something bad.
it is not possible to try, on the one hand, as I said for the writing it was not worth it but you also think, that however I like writing, and they give me a cent, then I don't suck, maybe I can improve, save money, to make a living or for material, for the design I thought we could perhaps do something like this, try it, and translating from the design even selling only one in 3 years I think it would have been important emotionally. say, maybe if I improve it is possible, someone thought it was worth it.

I said about the writing that it was a joke because you weren't selling to someone who liked what you were doing but who wanted a system to have low-cost material that actually made him a lot of money with all those news sites or when you wrote articles that sold something or they made known some activities (I am talking about the bigger sites not about those who were trying to do it, they have no availability, but at least a couple of merkatplase for writing, they are a system that really stealthy and whether you do well or do wrong it was not considered the your work or whoever wrote, because they pressed on the anonymity, and you had a positive score for higher paid items but in reality it was fictitious, a mess, but drawing and painting in Italy are considered as crafts and to do so it is like having a shop, so it's worse, )

Here for your amusement: 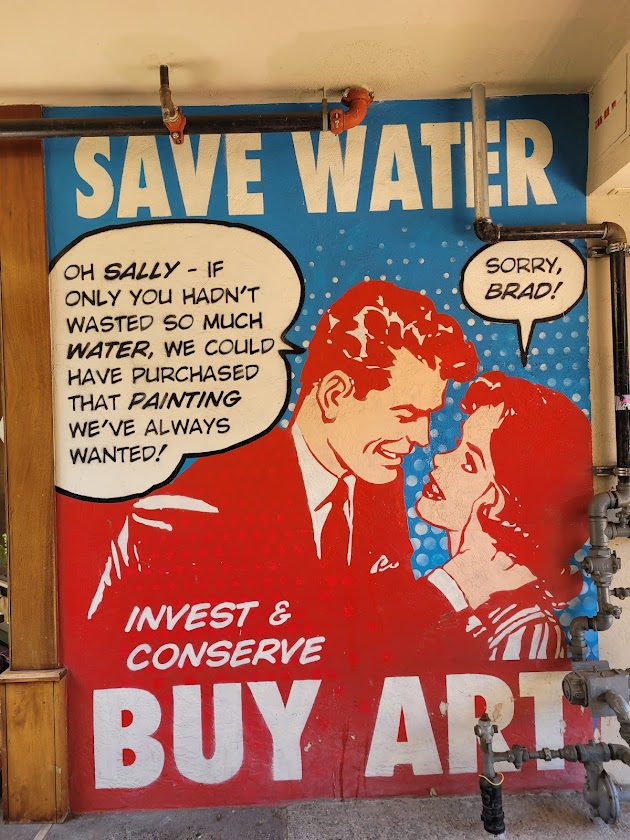 This discussion has reinforced my appreciation of being 100% amateur, with the freedom to flit like a butterfly from one experiment to the next, without having to worry about finances.

I too flit like a butterfly from one experiment to the next. I don't know if I worry about finances so much anymore. The money comes when it comes and sometimes it does not, but that was my plan since I was very young, and I regret nothing.
You must log in or register to reply here.
Share:
Facebook Twitter Reddit Pinterest Tumblr WhatsApp Email Share Link
Top