Following the painting Coppélia, I wanted to continue in the same vein in a number of ways. I wanted to explore the single dressed figure placed centrally. I had been looking at a couple of paintings quite a bit and thinking of a robed praying figure suggestive of the Virgin Mary or Saints. 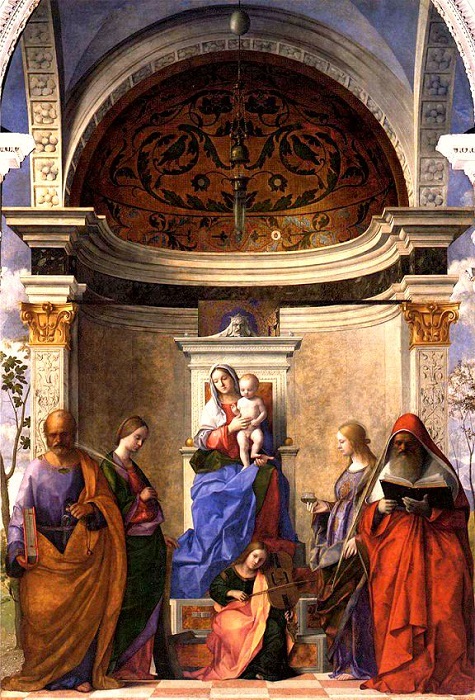 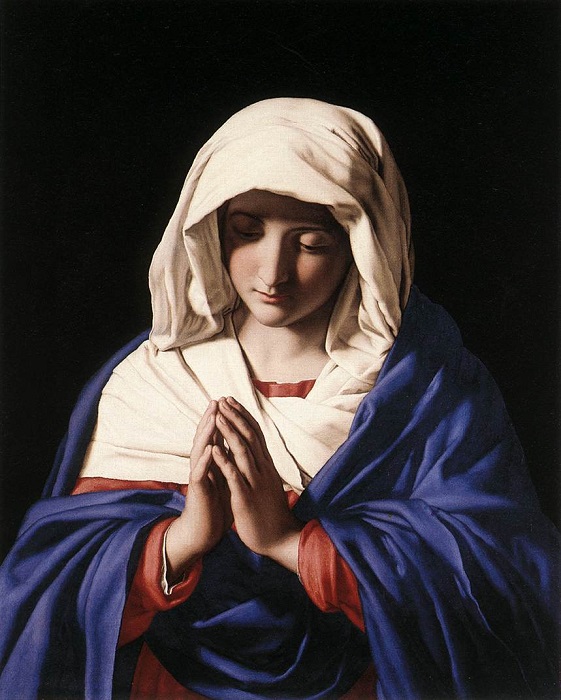 I was also looking a good deal at Japanese kimonos: 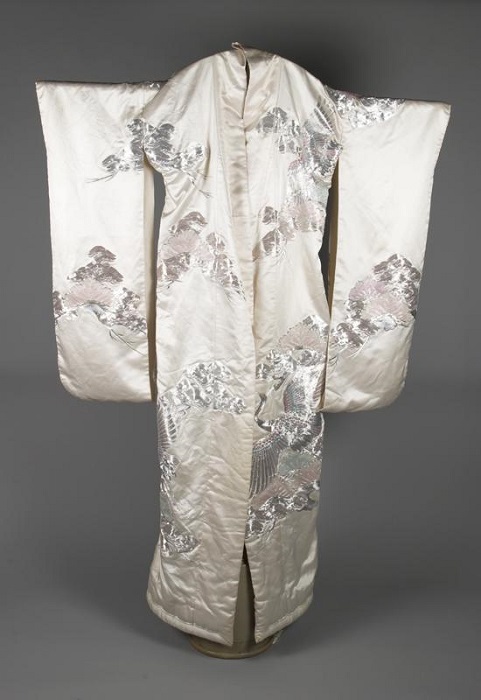 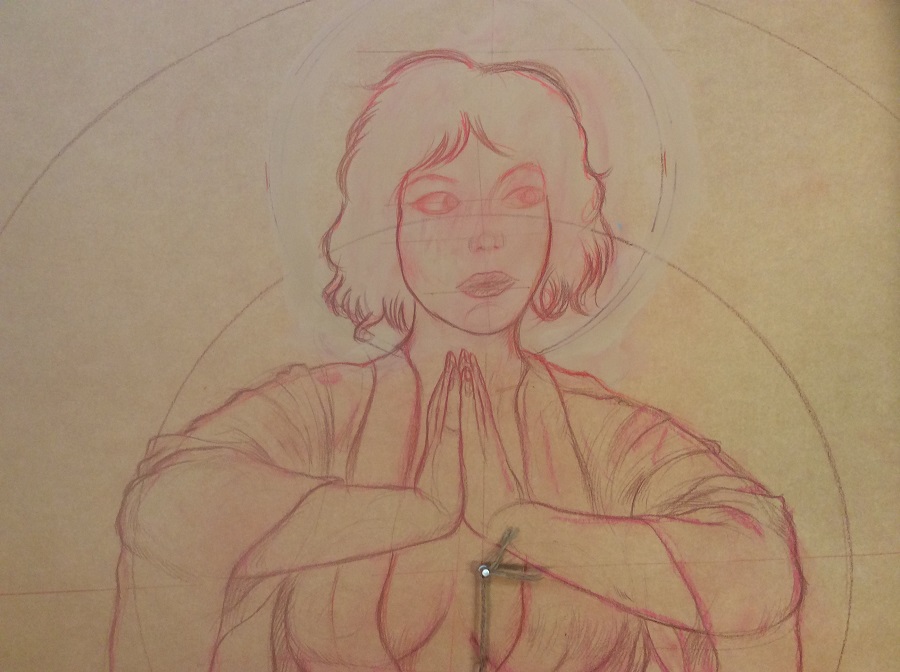 I placed the figure on the central axis and as usual, employed the old string method to draw the large central halo. I rapidly established the figure and began the process of priming and adding gold leaf: 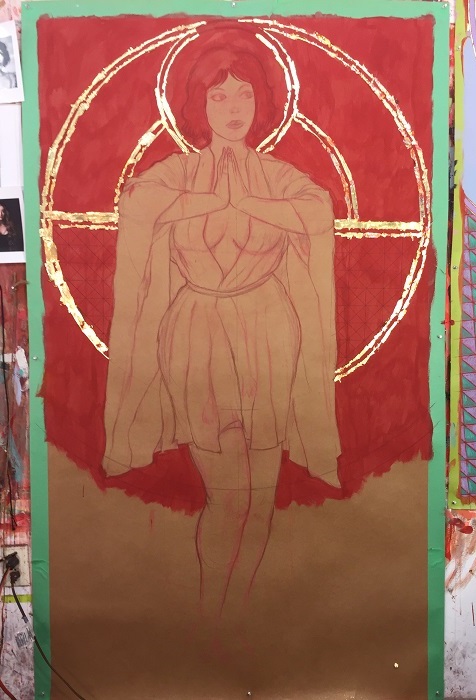 The next weekend when I got into the studio again, I completed the tessellations at the top. I decided to continue exploring violet... but this time violet and orange or rather peach instead of violet and teal. I frequently set a formal challenge to myself to use color combinations that I haven't used before. 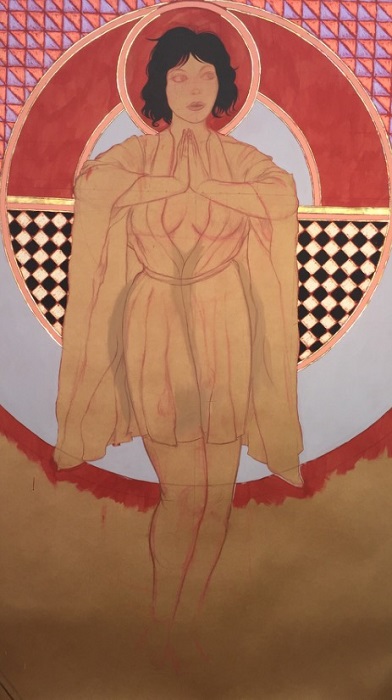 By the following weekend, I had raised the painting up and worked out the rest of the design and the lower legs. Obviously, I used the same background structure as the previous painting... with changes in color. I am always amazed at just how much color alone can change the mood. 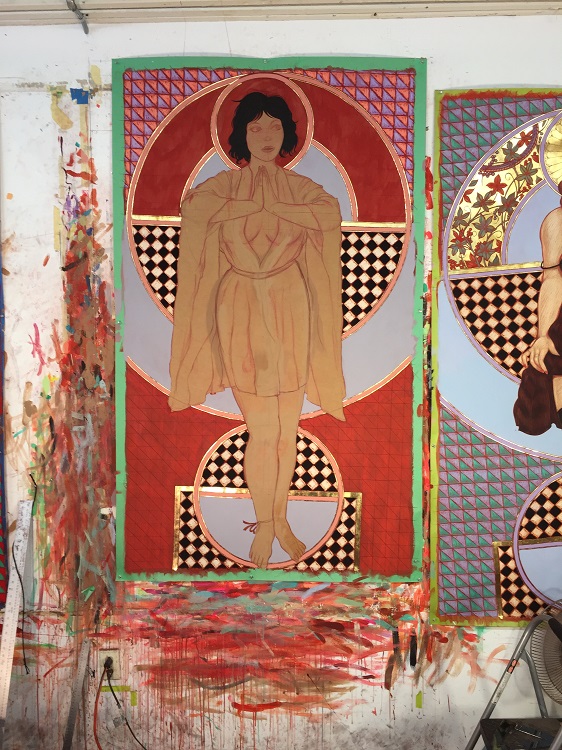 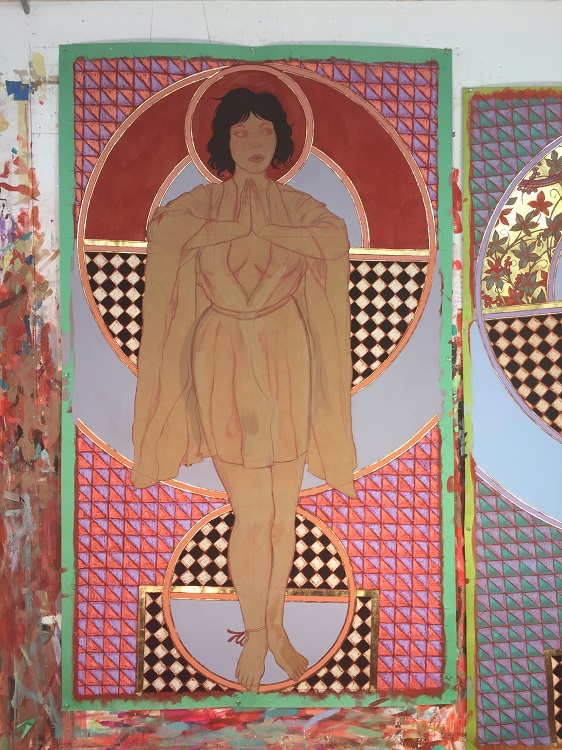 Completing the tessellations and filling them with the pastels has become something I can do with increasing speed although settling on the exact color may take some time. Even the flat areas of color are the result of two or three different color pastels layered on top of each other: 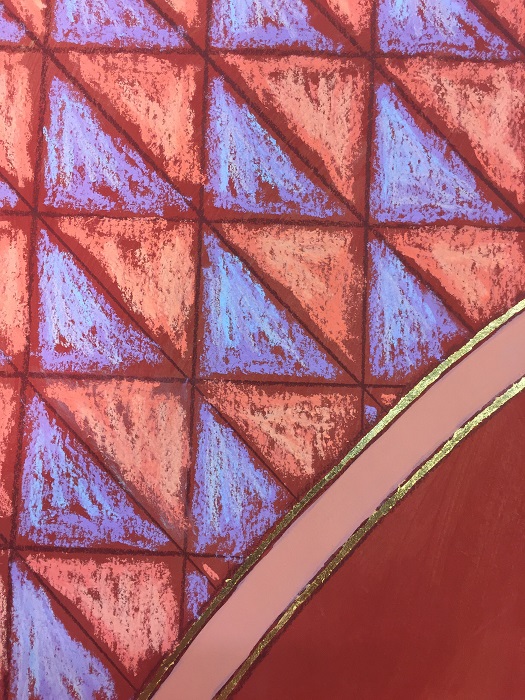 Initially, I was thinking of using a pale periwinkle blue in the flat acrylic areas as I had done in the previous painting. This took on the appearance of a gray in contrast to the peach and violet. I decided to try an acrylic peach: 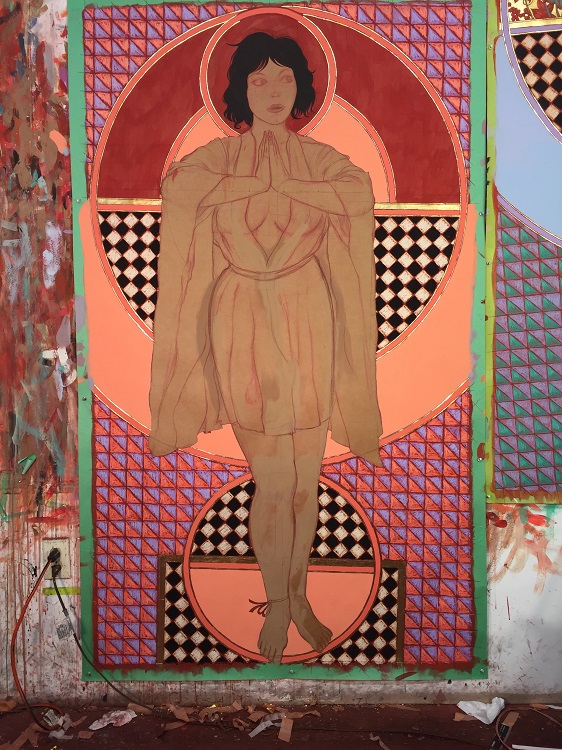 This "popped" visually... to the point it was somewhat difficult to read in contrast to the area of dark reddish primer.

I used a similar scalloped design in the halo that circled the central (saint's?) head. I went with a short hair-style that took on a contemporary look. 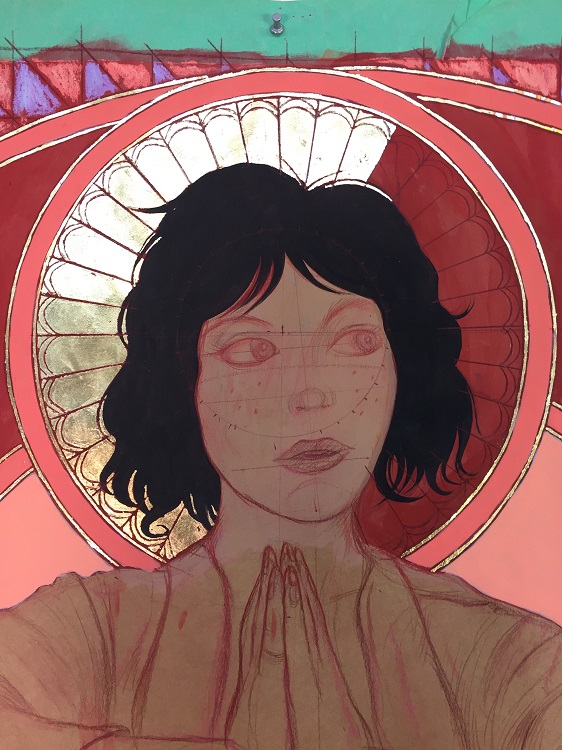 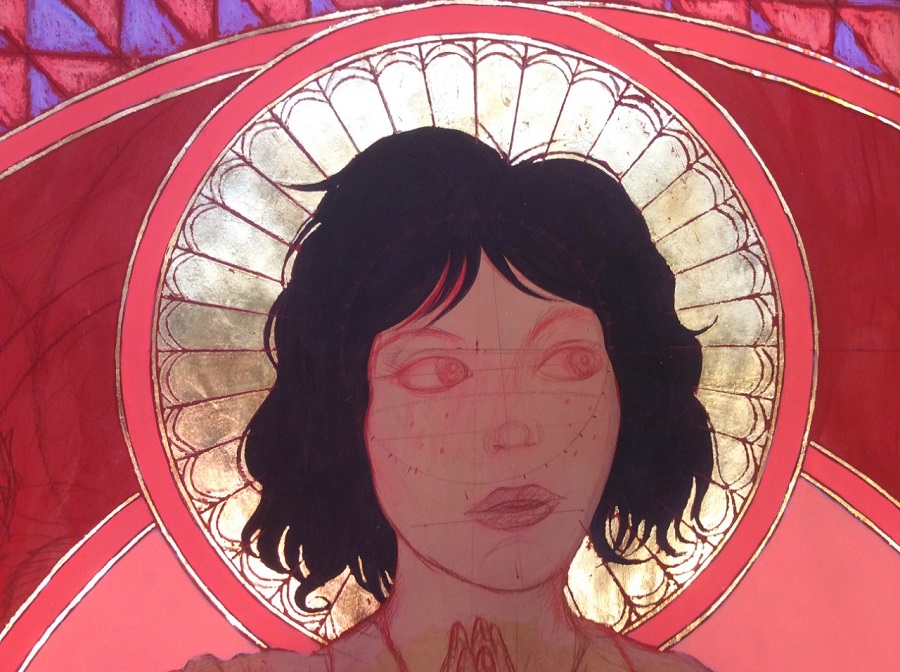 Around this time I stumbled upon this photograph of the model, Polly Ellens by the photographer, Haris Nukems. I liked the violet lilies (a flower I had used in several paintings), and her freckles, which I felt leant the image a real individuality. Unfortunately, I didn't like the results of the lilies which were too big for the space I had in the halos and the freckles drawn on pastel didn't strike me as all that successful either. I was also interested in the blackberries... and this idea worked for the painting.

I looked at images of blackberries on the net and also researched the symbolism of the fruit. I grew up picking blackberries every August from the forest behind my home. I was surprised at the mythology behind the fruit. The tale that most struck me was that of the battle between St. Michael and Satan. During the battle between Satan and the Rebel Angels and those who remained loyal to God, St. Michael cast Satan from the heavens to the Earth. He landed in a briar of blackberries pricking himself upon their thorns. He cursed the berries so that from the day Satan was cast from Heaven (September 29) one was not to eat any blackberries that ripened after that date. September 29th became St. Micheal's Day or Michaelmas. Coincidently, it was on September 29 that I researched this information and began drawing the blackberries. 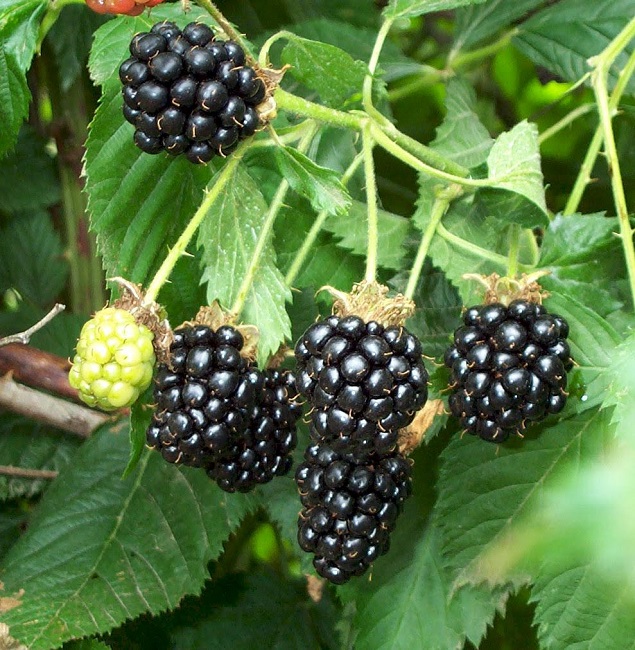 I wound a serpent through the blackberries continuing the "Eve and the Serpent" theme... but now it also became St. Michael and Devil. 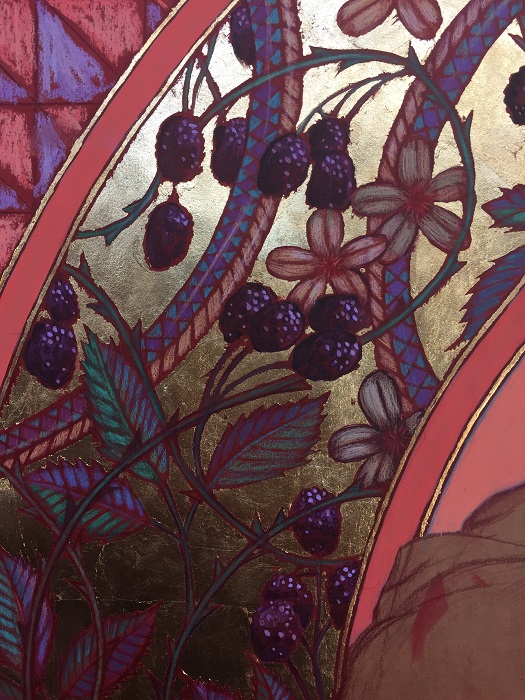 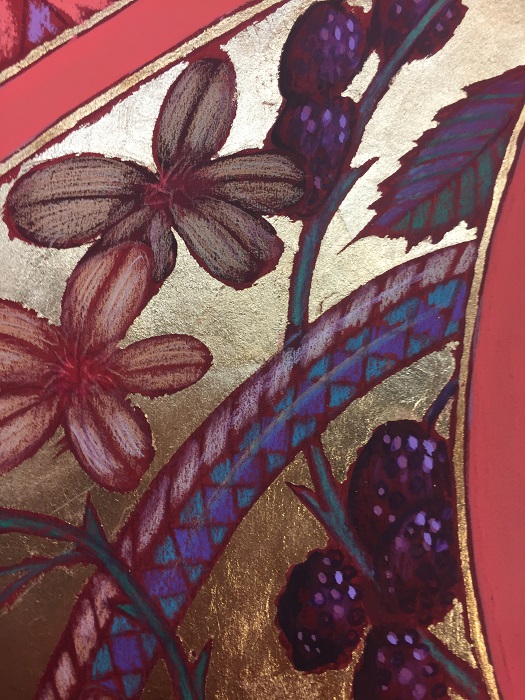 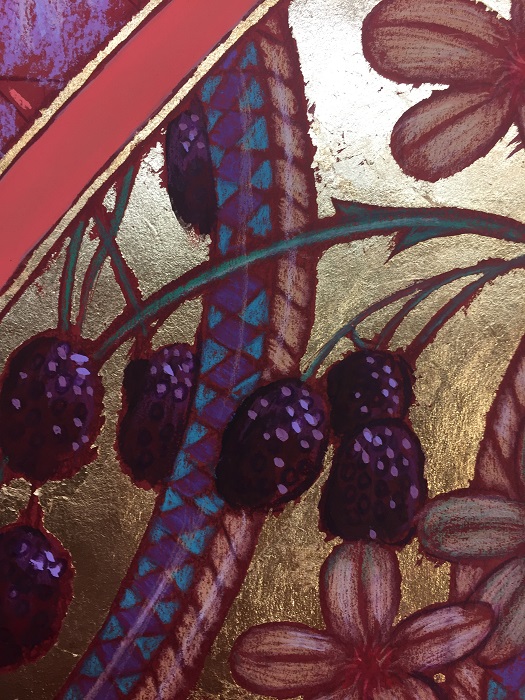 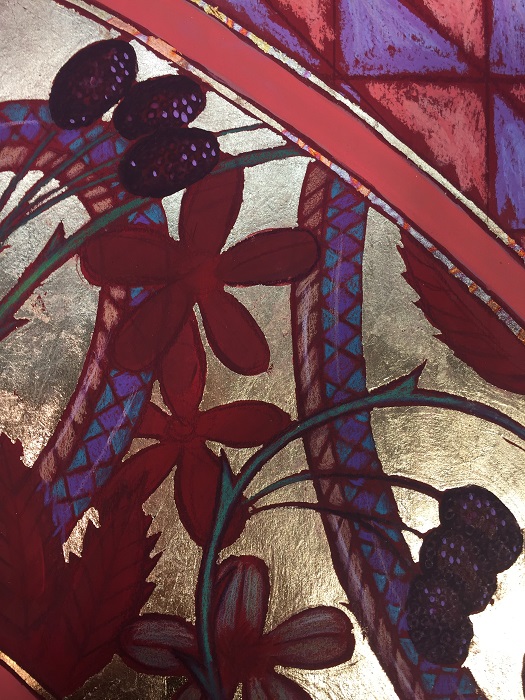 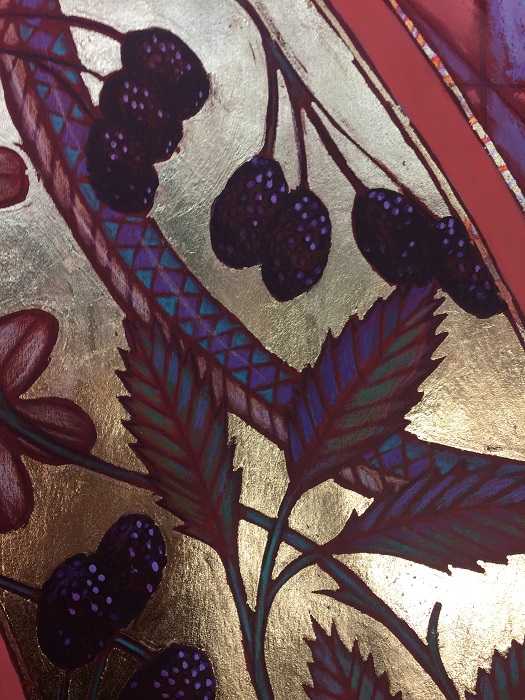 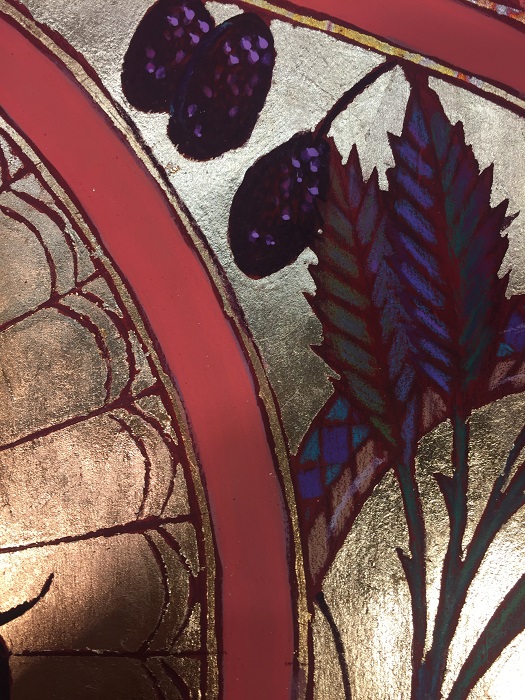 I settled on a purple robe... picking up the colors already employed in the painting... and having the symbolism of royalty. Purple, however, is a challenging color to use. It is overpowering optically. There are but a few painters I can think of who used the color well and often: Monet, Gauguin, Bonnard, and Thiebaud. I had to bounce lavenders, and peach into the robe in order to counter the initial look of a hole in the painting. 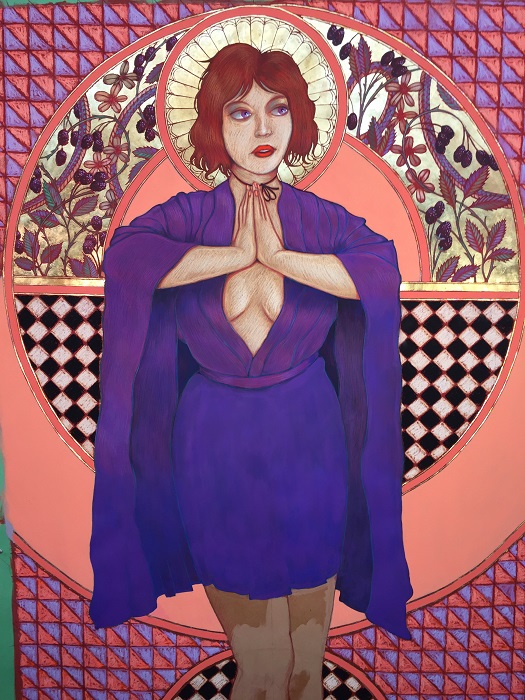 I entitled the final painting Michelle, ma belle... using the opening lines of the Beatles' song, Michelle... "Michelle" being the feminine of "Michael". 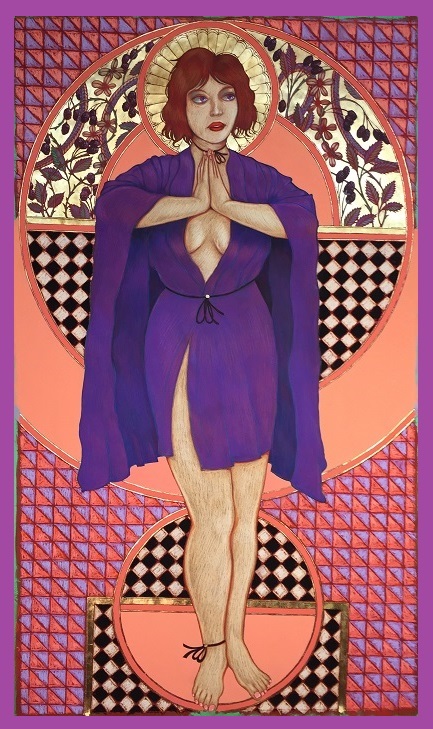 Details of the completed painting: 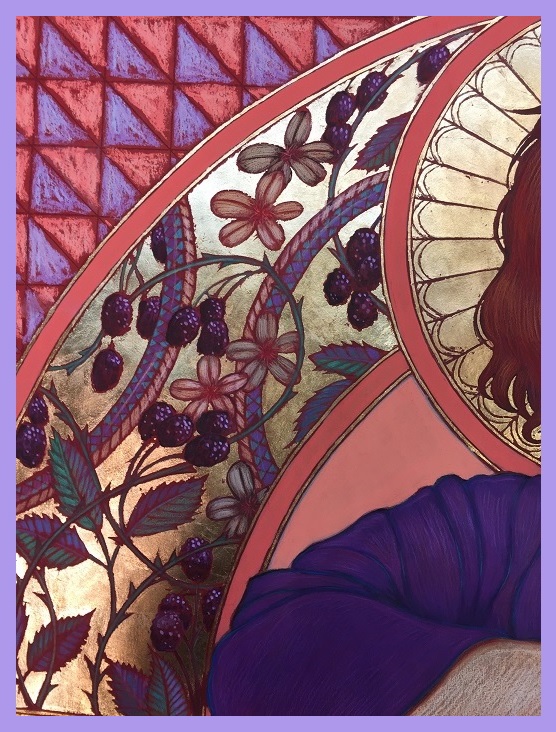 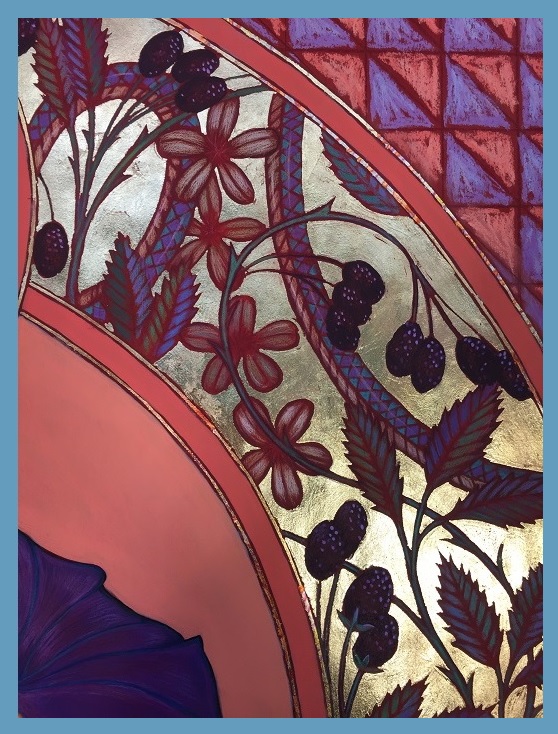 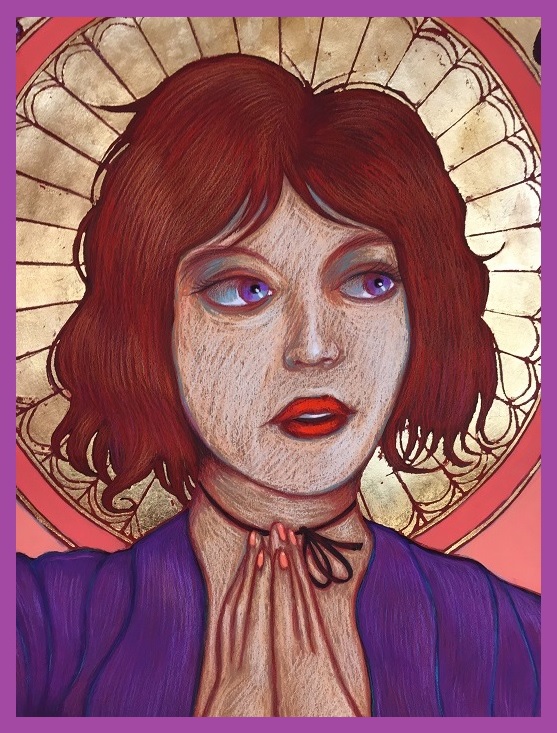 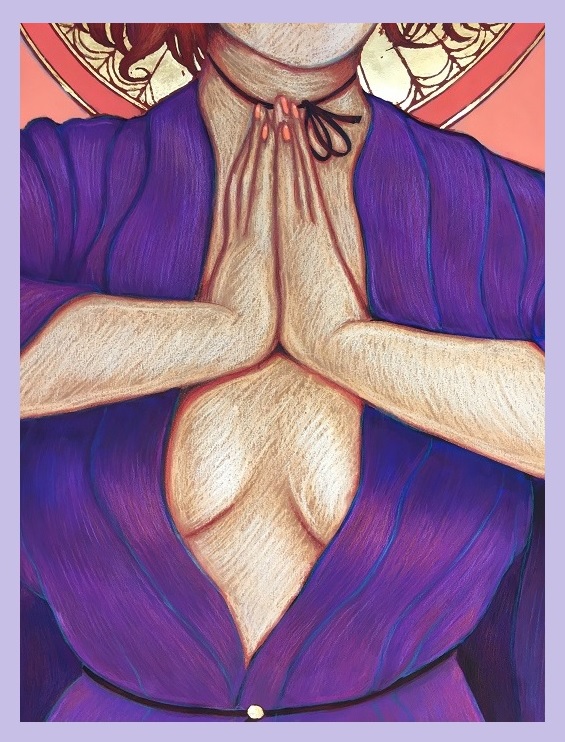 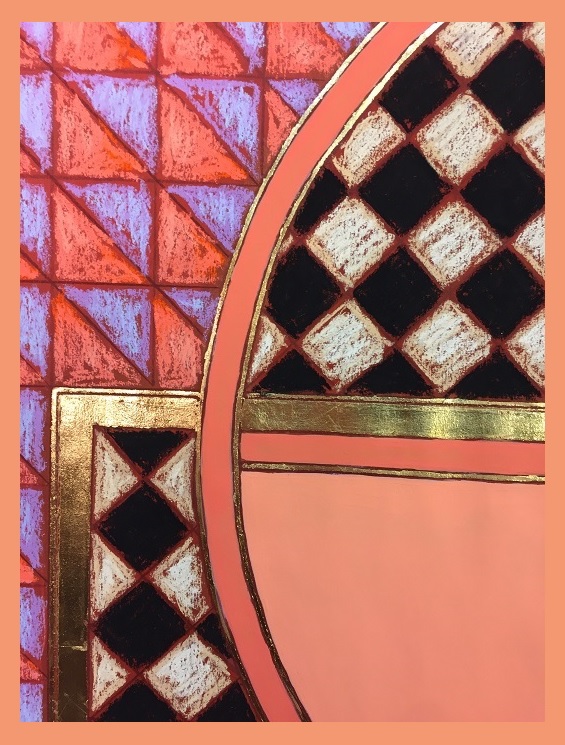 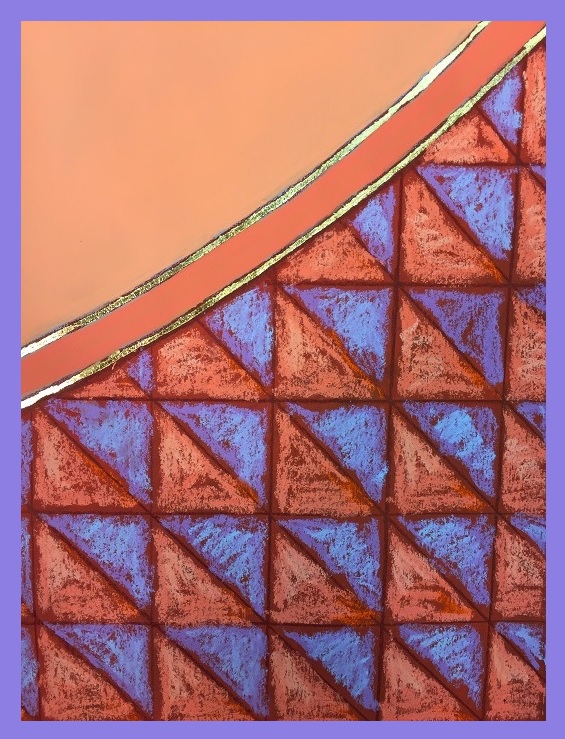 That's beautiful David. I think it is my favorite of yours.

Beautiful. I'm with sno. It is indeed my favorite. The colors are spectacular!

Thanks Arty and Snow.

I'm with Arty and Snow, possible your best.
J

Yes, certainly a high point of your oeuvre. As for the title, Michelle was written by McCartney so avoid the possibility of paying royalties...

Of course, being sued by Paul McCartney might actually be a boon to marketing my works.

There is much craft and beauty in this work. Thank you for the close ups, just beautiful!